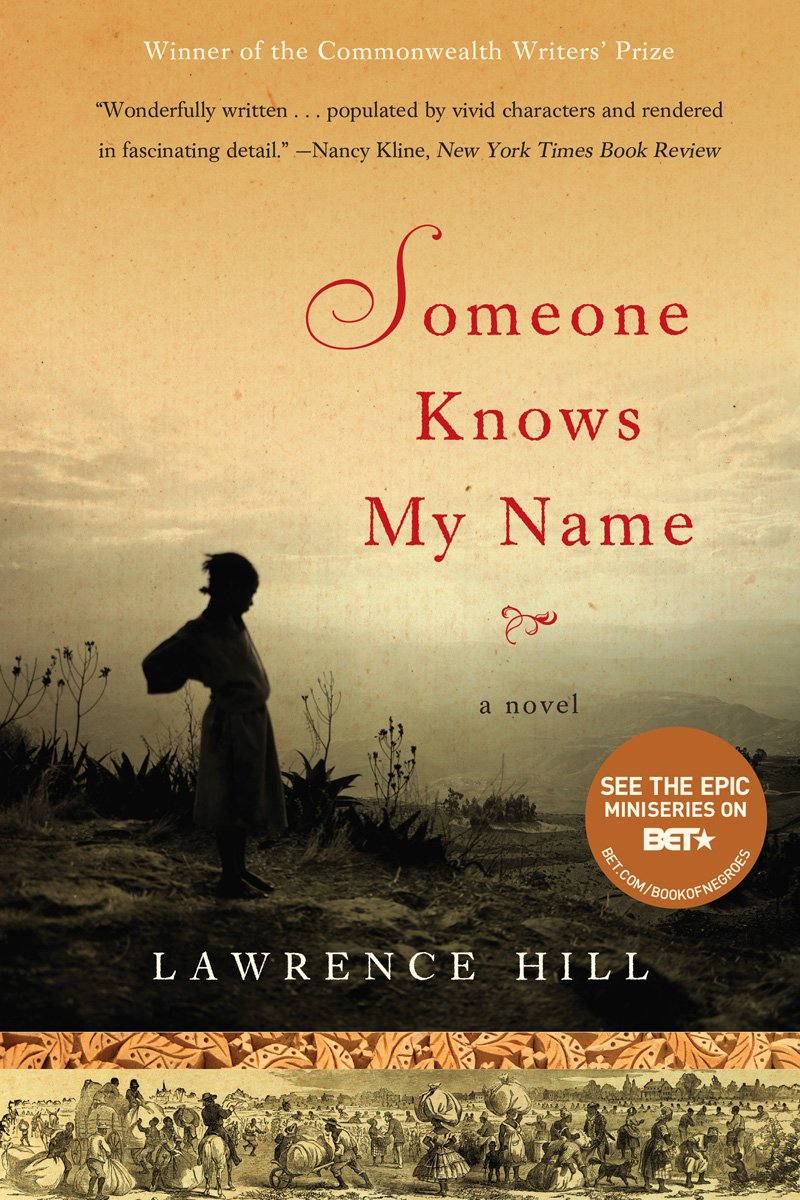 CCPL's Zoom Server - Participate in an in-depth virtual book discussion with an award winning author on Wednesday, Feb. 17. The Charleston County Public Library, Spoleto Festival USA, and Consulate General of Canada to the Southeast United States are partnering for three book discussions reflecting themes found in Spoleto's opera Omar. This book discussion is the second in the series and will examine Lawrence Hill's Someone Knows My Name. This book is the winner of the Commonwealth Writers' Prize and Rogers Writers' Trust Fiction Prize, and is the basis for the award winning BET miniseries of the same name.

Someone Knows My Name tells the story of Aminata Diallo who is kidnapped from Africa as a child and enslaved in South Carolina. She escapes during the chaos of the Revolutionary War, finds her way to Manhattan and then Nova Scotia. The hardship and prejudice she experiences in these cities leads her back to Africa and then London where she witnesses the injustices of slavery and the toll it has taken on her life and others.

The author, Lawrence Hill, will be present for the February book discussion. He is the son of American civil rights activists-- an African-American father and white mother-- who married in the South and moved to Canada. His father, Daniel G. Hill, served as the first director and later was the Chair of the Ontario Human Rights Commission. With his wife, Donna Hill, he founded the Ontario Black History Society, for which Lawrence volunteered over the course of many years. Formerly a reporter with The Globe and Mail and parliamentary correspondent for The Winnipeg Free Press, Hill speaks fluent French and some Spanish. He has lived and worked across Canada, in Baltimore, and in Spain and France. He is an honorary patron of Crossroads International, for which he travelled as a volunteer to the West African countries Niger, Cameroon and Mali, and to which he lends the name of his best-known character for the Aminata Fund, which supports programs for girls and women in Africa.

The Charleston County Public Library and Spoleto Festival USA will be conducting random drawings of those registered to win copies of Someone Knows My Name prior to the event.

This event will include an introduction by Consul General Kirk Duguid, a reading by Lawrence Hill, and a discussion with the author moderated by CCPL Historian Dr. Nic Butler and CCPL Librarian Frankie Lea Hannan. There will also be an opportunity for Q&A between the audience and author.

If you have any questions about this program, please contact Karli at [email protected]