Human Library Series: Get to Know the News Media 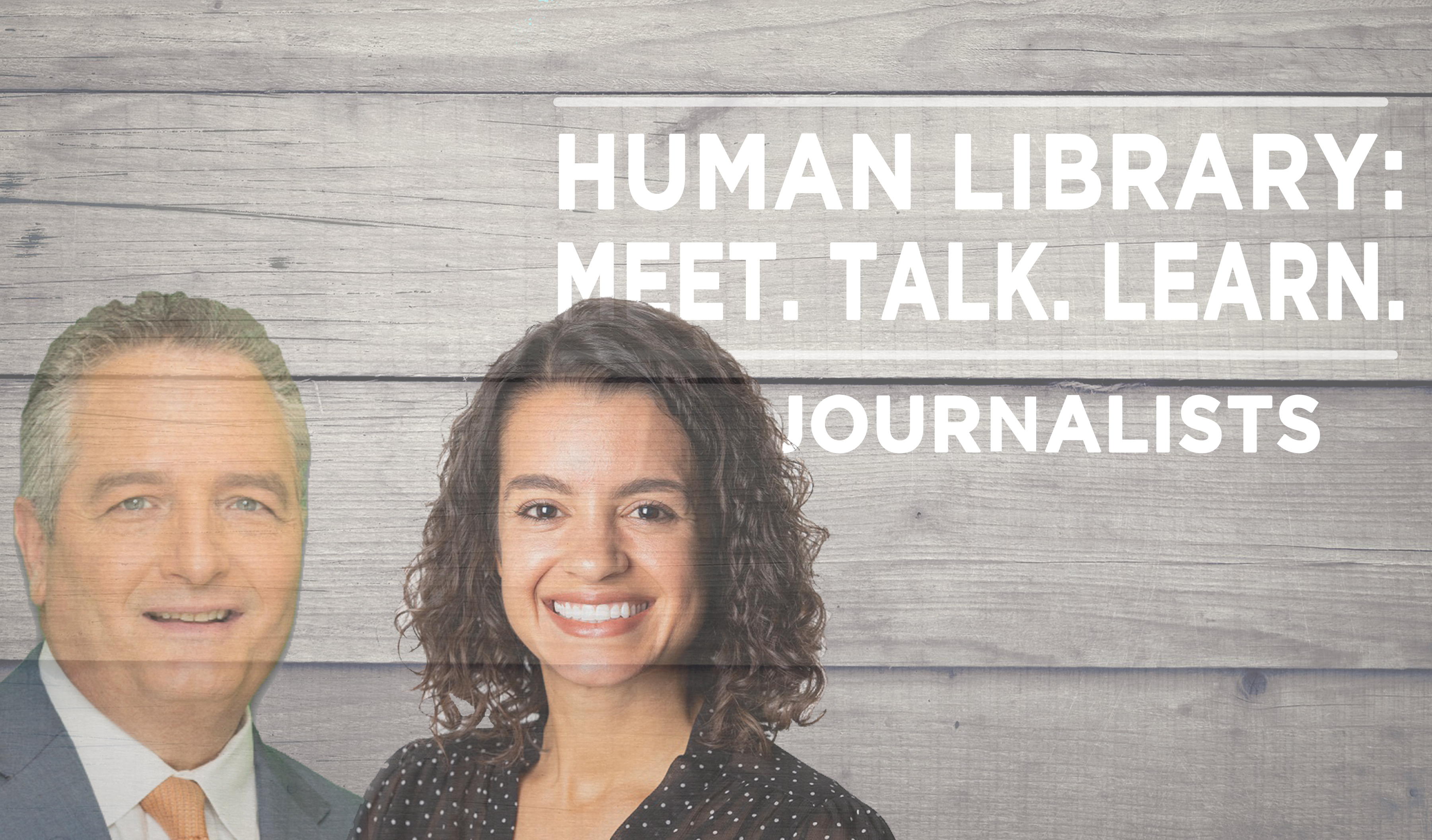 Main Library - Meet Dean Stephens, an ABC News 4 evening news anchor, and Angie Jackson, a reporter for The Post and Courier. Together they will share stories of working in the news and media. The Human Library series invites interested members of the community to gather in a safe space and converse with individuals who have been exposed to prejudice or stigma. Join us to combat intolerance by engaging in open, honest and respectful dialogue.

Angie Jackson covers crime, criminal justice issues and breaking news for The Post and Courier. She covered the same topics for a newspaper in Michigan before moving to Charleston in 2016. On the crime beat, Angie strives to provide a human lens to how violence affects people and their communities. When she not reporting, Angie enjoys teaching yoga and exploring the outdoors with her husband and their dog.

Dean Stephens joined ABC News 4 in 1990 as a sportscaster and worked his way up to sports director and evening news anchor. During his career, Dean has been recognized with more than 20 industry awards, including Best Sportscaster and Best Reporter in the State of South Carolina and in the Southeast by the South Carolina AP Broadcasters Association and the Radio Television Digital News Association of the Carolinas. During his time in sports, Dean covered a wide range of stories, from the Atlanta Braves great playoff teams of the early 90s to the ups and downs of Gamecock football. He finds a great deal of satisfaction covering the stories of the people of the Lowcountry, and earned statewide broadcasting honors for in-depth stories on autism in the Lowcountry, the personal Alzheimer's Disease battle fought by former Mount Pleasant Mayor Harry Hallman, and the courageous fight waged by retired Brigadier General Tom Mikolajcik. In recent years he's been the face of the Jefferson Awards stories in Charleston, seeking out people who tirelessly help their communities. Dean and his wife Caroline have three boys.