Human Library Series: Get to Know a Veteran 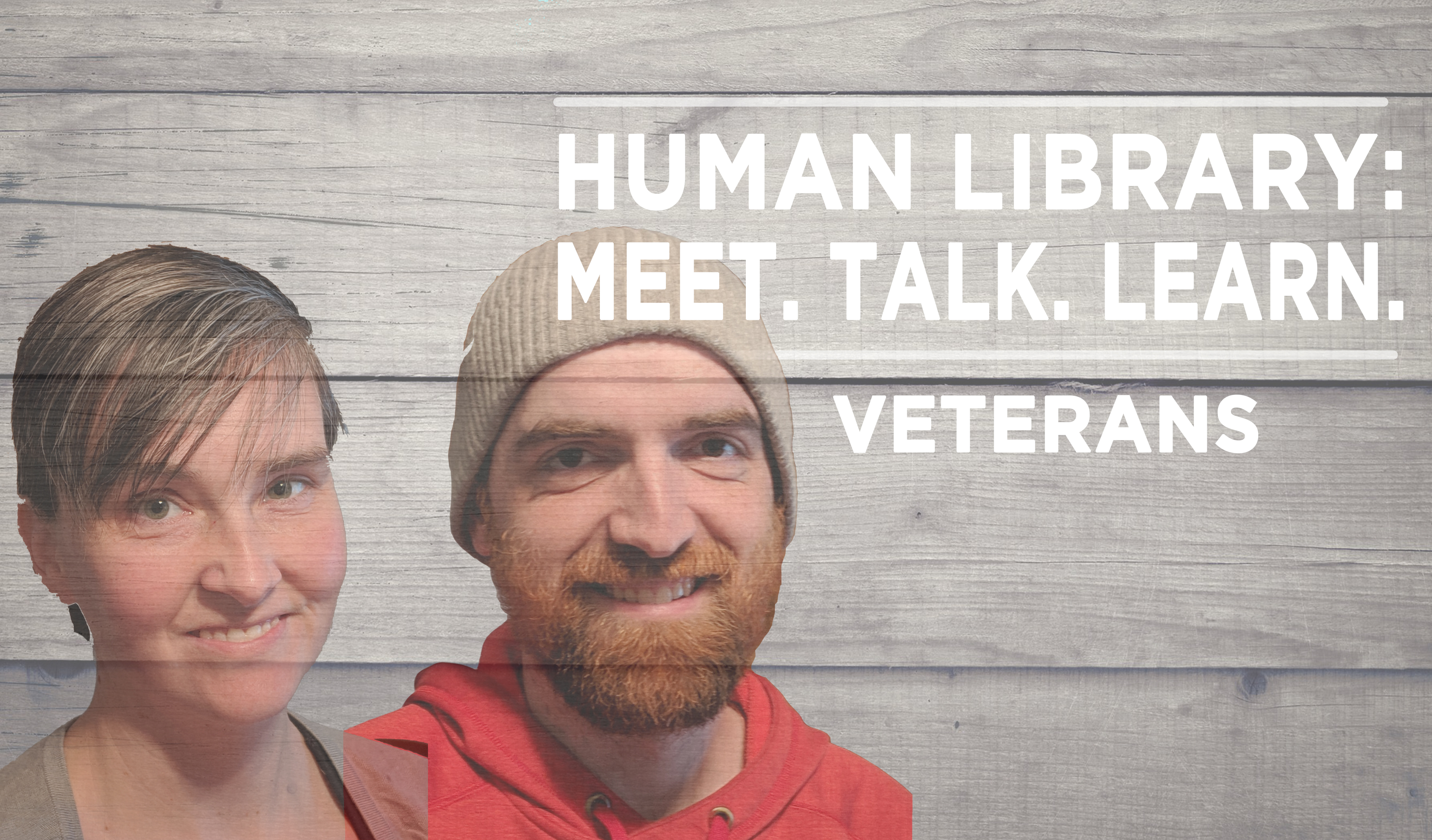 Main Library - Join us to hear from two veterans about their life in service and what it's like transitioning back to civilian life. We'll hear candid stories of what life is like on deployment, working with servicemembers and veterans in the Lowcountry, and the differences between life in and out of service.

Jennifer Oblinger is a physical therapy student at the Medical University of South Carolina. After several job experiences and moving cross-country, she was commissioned as a Naval Officer. She served four and a half years as a nuclear power instructor, multimedia graphic and database division director, and command fitness leader at the Naval Weapons Station in Goose Creek. She currently teaches yoga and yogic breathing at the Ralph H Johnson VA.

Nick Ivey served as a signals intelligence analyst in the Army for 8 1/2 years. Stationed in Texas, New York, and Georgia, he's traveled throughout the U.S. and deployed to Afghanistan twice, in 2010 and 2013. Honorably Discharged as a Staff Sergeant (E6), he's had various roles including senior analyst and platoon sergeant. He left the Army January 1, 2017 and is currently pursuing a double major in Anthropology and Philosophy.

The Human Library series invites interested members of the community to gather in a safe space and converse with individuals who have been exposed to prejudice or stigma. Join us to combat intolerance by engaging in open, honest and respectful dialogue.