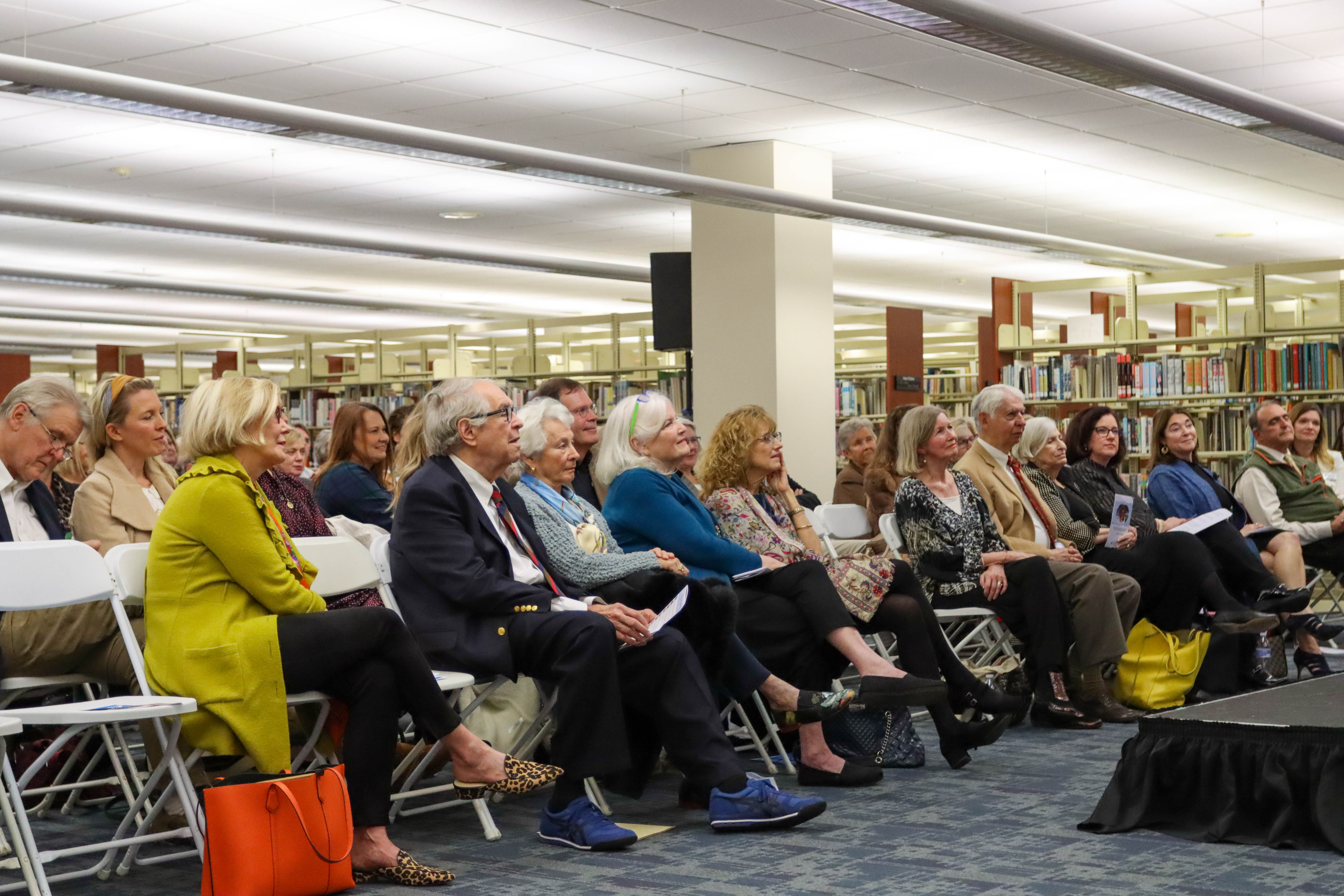 Joined by more than 100 community members, the speakers shared heartwarming stories of their personal experiences, tributes and feelings for Siddons, who passed away on Sept. 11, 2019 at the age of 83. The event gave fans of Siddons' writing an opportunity to see Anne through the eyes of those who knew her best, and included a video short created by Henry Hagerty that chronicled Siddons' final year.

Siddons, a Charleston resident since 1998, was the author of many bestselling novels. Her catalog of work includes her debut novel, “Heartbreak Hotel,” which was made into a feature film in 1989; “Peachtree Road,” which has over a million copies in print; and “The House Next Door,” which was adapted for a Lifetime Network movie in 2006.

In addition to writing novels and essays, Siddons was also an accomplished journalist, having worked as both a writer and editor for Atlanta Magazine.

"Anne was a pioneer in novels about the New South,” said friend and colleague Mary Alice Monroe. “She broke the mold writing about women’s struggles with the expectations of Southern society vis-à-vis relationships, careers, marriage, and even appearance. It's important that her work be acknowledged and celebrated, and more, introduced to a new generation of readers."

After the event, the authors gathered inthe Main Library Adutorium to talk to fans and friends and share more stories of Siddons over glasses of wine and plates full of fruit and cheese.

You can watch the entire event on the CCPL YouTube channel.