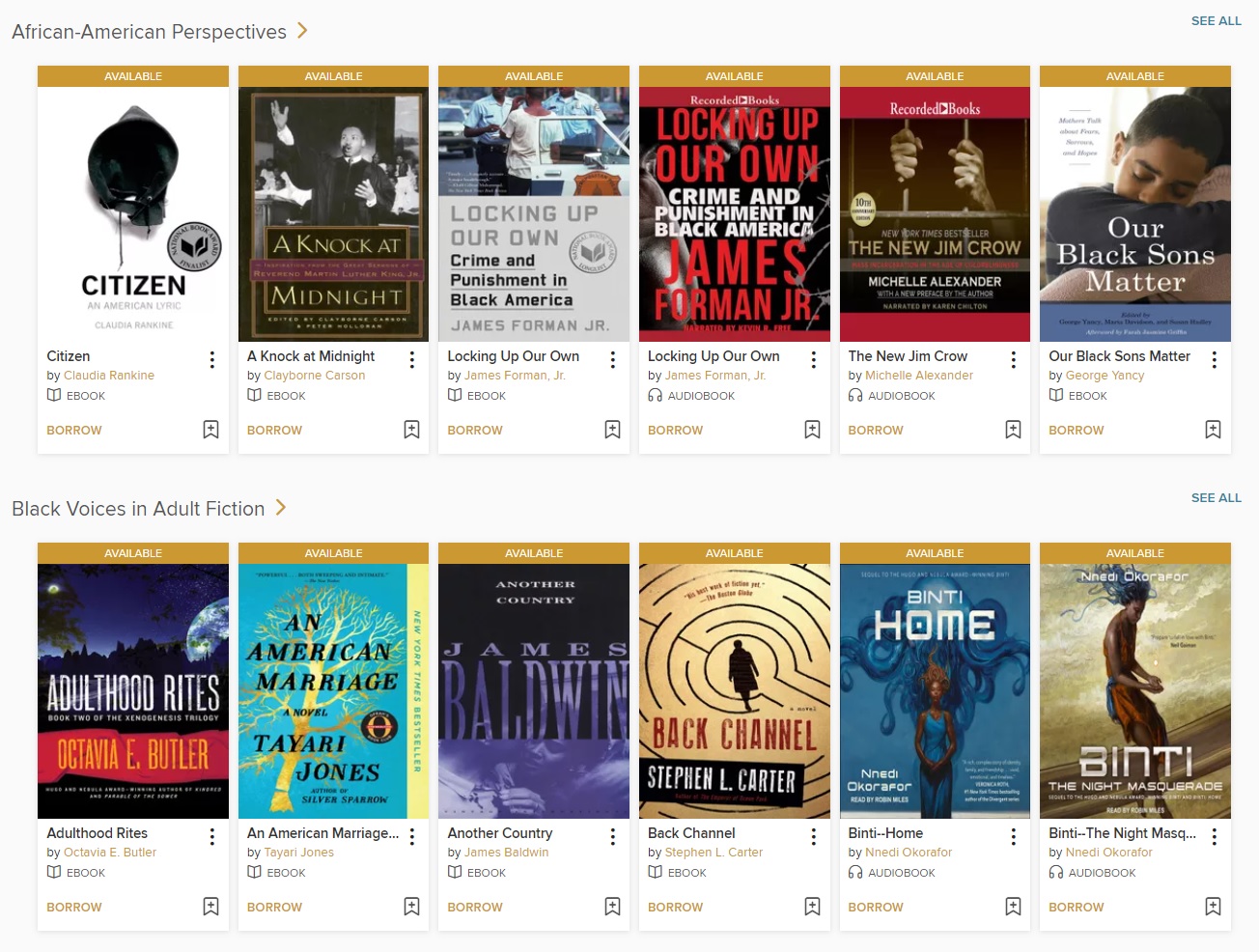 The titles included in our African-American Perspectives collection are focused on #ownvoices and are intended to help patrons read, listen, learn and grow as they expand their knowledge of race relations.

For the next 30 days, the audiobook of Michelle Alexander’s New York Times bestseller The New Jim Crow: Mass Incarceration in the Age of Colorblindness (Ebook version) will be available for simultaneous access. Named one of the Most Influential Books of the Last 20 Years by the Chronicle of Higher Education and winner of the NAACP Image Award for Nonfiction, Alexander’s critically acclaimed book examines racial disparities through the lens of mass incarceration.

Next Monday, June 22, the book Me and White Supremacy: Combat Racism, Change the World, and Become a Good Ancestor (Audiobook version) by Layla F Saad will be available as instant access for three weeks. This New York Times bestseller published in January 2020 is based on the viral #meandwhitesupremacy Instagram challenge and provides a framework for readers to dismantle the privilege within themselves.

Also added on June 22 are these two popular titles: The Hate U Give by Angie Thomas and So You Want to Talk About Race by Ijeoma Oluo.