Black Refractions at the Gibbes Museum 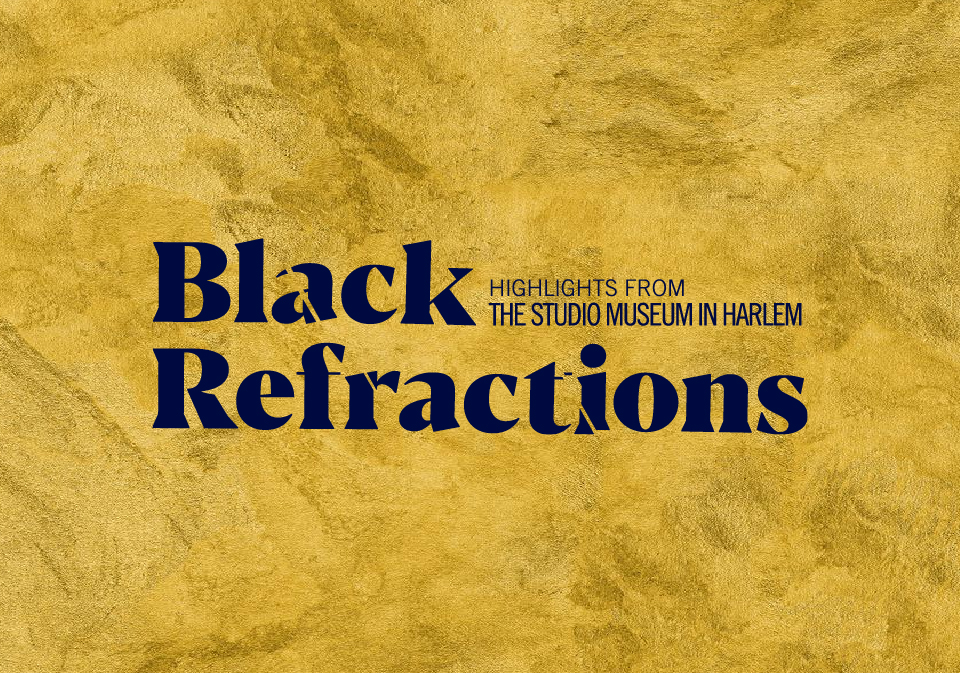 CHARLESTON, S.C. - Showcasing works from The Studio Museum in Harlem, this traveling exhibition at the Gibbes Museum brings the full breadth of the museum’s unparalleled permanent collection to Charleston. Rather than aiming to construct a single history of “black art,” the exhibition, like the Museum itself, emphasizes plurality, including multiple approaches to and reflections on art created by artists of African descent. With works in all media from the 1930s to the present, the collection includes a wide range of well-known artists such as Romare Bearden, Jacob Lawrence, Elizabeth Catlett, Thornton Dial (Spoleto Festival USA, 1997), David Hammons (Spoleto Festival USA, 1991), Kehinde Wiley, Fred Wilson, Lorna Simpson (Spoleto Festival USA, 1991), Kerry James Marshall, and Titus Kaphar. These artists are powerful voices in American art that encourage viewers to consider the world around them in new and thoughtful ways.

The Gibbes’ showing of Black Refractions includes over 70 works by more than 50 artists across all media dating from the 1920s to the present and will be on display at the museum from May 24–August 18, 2019. More than a dozen artists in the exhibition have lasting connections to the American South including Romare Bearden, Thornton Dial, Sam Gilliam, Clementine Hunter, Kerry James Marshall, Alma Thomas and Bill Traylor.

Join an artist talk at CCPL to create your own artwork inspired by the exhibition during a hands-on workshop. 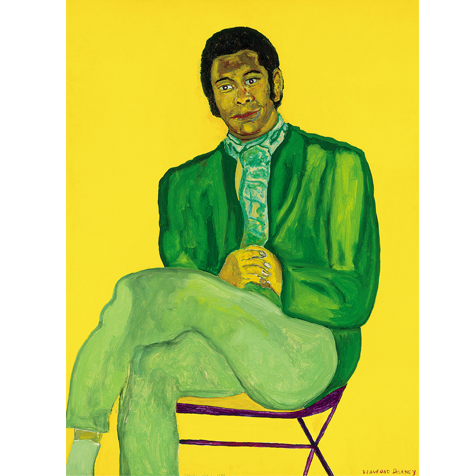 Color Someone Beautiful: Beauford Delaney’s “radiant paintings are marked by saturated color and transcendent light that evoke atmosphere and energy. . . . Portrait of a Young Musician is striking for its chromatic intensity and the tender depiction of its subject. . . . As both an instrument of light and color, Delaney’s yellow endows the portrait with a distinctive environment and effect” (Alex Fialho, BlackRefractions: Highlights from The Studio Museum in Harlem, p. 82). Create a portrait of an artist in your community using color to convey their personality and the feeling tone of their work.

Portrait of a Young Musician, 1970

The Studio Museum in Harlem; gift of the Estate of Beauford Delaney, 2004.2.27 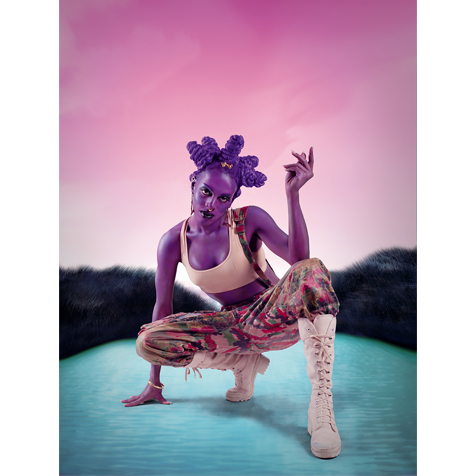 Express Yourself(ie): “To stunt is to show off, flaunt, or floss. In Untitled (Psychosocial Stuntin’), [Juliana] Huxtable resolutely fashions herself, gazing defiantly back at the camera and viewer from within a vivid space of her own Photoshopped creation. . . . Style and flair yield consequences for Huxtable, signifying the imaginative potential of playful and purposeful self-actualization through image” (Alex Fialho, Black Refractions: Highlights from The Studio Museum in Harlem, p. 106). Take a selfie in which you create an avatar—a psychosocial portrait of yourself.

The Studio Museum in Harlem; Museum purchase with funds provided by the Acquisition Committee, 2015.8.1

Courtesy the artist and American Federation of Arts 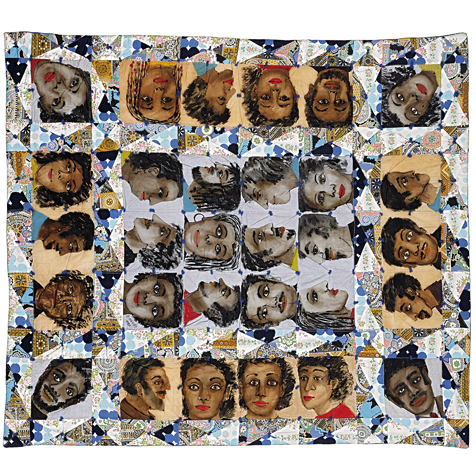 Map Your Neighborhood: “A year after the Harlem Riot of 1935, Duke Ellington wrote ‘Echoes of Harlem.’ The moody jazz-blues composition laments the end of the Harlem Renaissance, a time when the New York City neighborhood vibrated with hope and creative production. In 1980 [Faith] Ringgold reclaimed that title, presenting anew a vibrant black community on a painted and stitched cotton quilt” (Whitney Tassie, Black Refractions: Highlights from The Studio Museum in Harlem, p. 166). Create a story quilt in fabric or collage about your community’s past, present, and future. 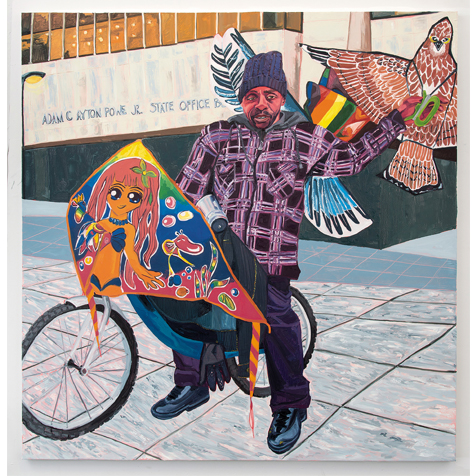 Get to Know a Neighbor: Jordan Casteel “first spotted Kevin from the window of her studio on 125th Street [in Harlem] . . . She watched him flying kites in the courtyard across the street for almost half an hour and ‘loved how he seemed to make time stop.’ She continues, ‘He was clearly enjoying himself, completely withour regard for everything else around him.’ She ran outside and introduced herself, and he allowed her to photograph him for a painting. . . . Casteel’s tender portrait telegraphs the disjunctive whimsicality of the scene and captures a sense of the complex personality and interiority often denied blackmen in popular representations” (Amanda Donnan, Black Refractions: Highlights from The Studio Museum in Harlem, p. 70). Create a portrait of someone in your neighborhood whose story you would like to know.

The Studio Museum in Harlem; Museum purchase with funds provided by the Acquisition Committee, 2016.37