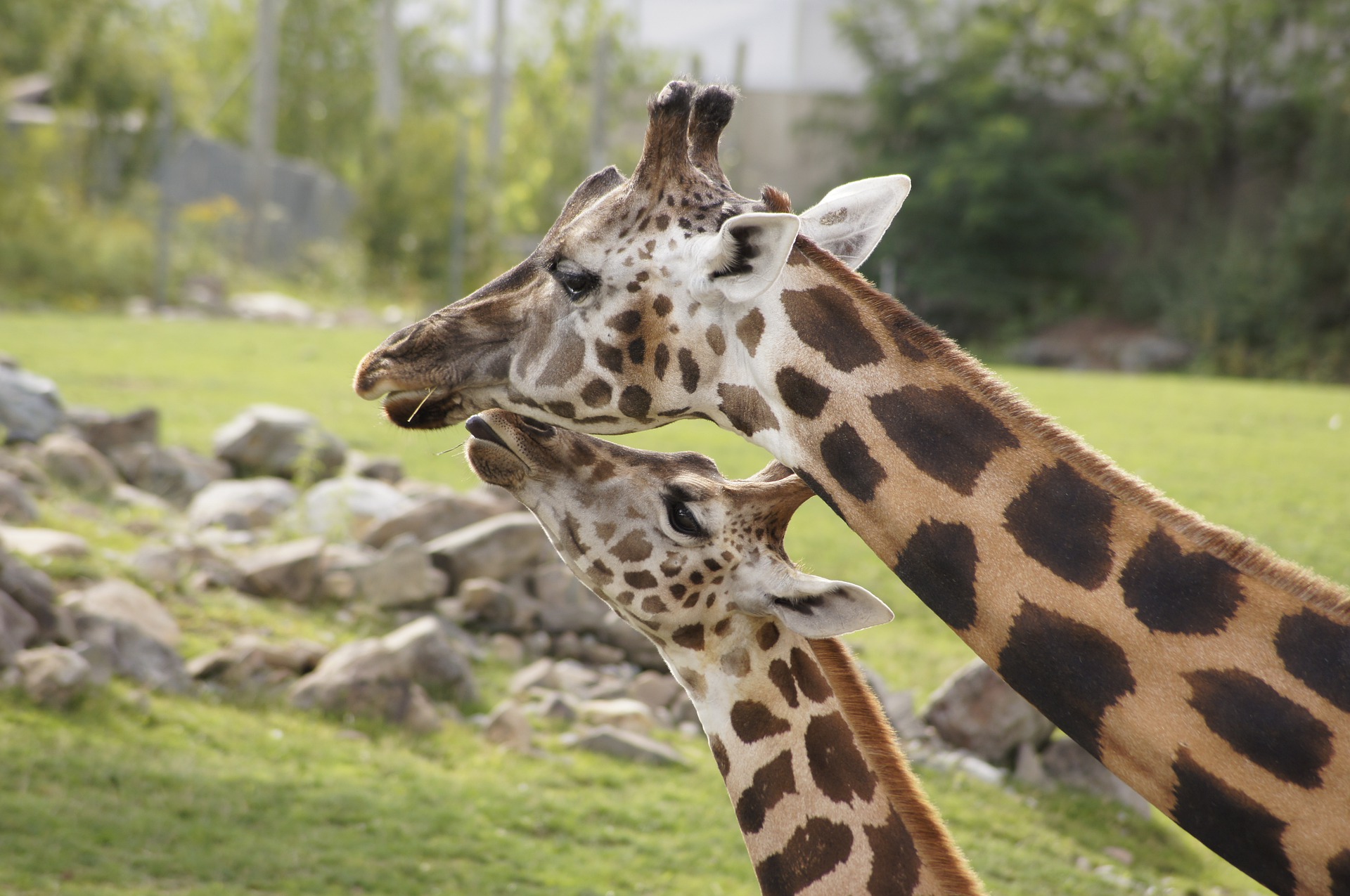 CHARLESTON, S.C. - If you joined our field trip to the zoo this afternoon, you saw a pair of baby giraffes, Theo and Fennessy, and learned all about how they live and grow up.

If you have a child - or maybe it's you! - who loves giraffes, they might enjoy some of these books we've compiled about giraffes! Some are stilly stories about fictional giraffes, and others are more educational. And if this list isn't enough, there are about 30 more titles not listed here on Hoopla.

Can you guess what's making this giraffe self-conscious? Could it be . . . HIS ENORMOUS NECK?? Yes, it's exactly that—how on earth did you figure it out?
Edward the giraffe can't understand why his neck is as long and bendy and, well, ridiculous as it is. No other animal has a neck this absurd. He's tried disguising it, dressing it up, strategically hiding it behind bushes—honestly, anything you can think of, he's tried. Just when Edward has exhausted his neck-hiding options and is about to throw in the towel, a turtle swoops in (well, ambles in, very slowly) and helps him understand that his neck has a purpose, and looks excellent in a bow tie.

Who needs a ladder when you've got a giraffe with an extended neck?
The Ladderless Window-Cleaning Company certainly doesn't. They don't need a pail, either, because they have a pelican with a bucket-sized beak. With a monkey to do the washing and Billy as their manager, this business is destined for success. Now they have their big break—a chance to clean all 677 windows of the Hampshire House, owned by the richest man in all of England! That's exciting enough, but along the way there are surprises and adventures beyond their wildest window-washing dreams.

Gordon lives with his mother in the hidden kingdom of Ugladunga. Every day, the adult giraffes gather on the other side of the waterfall, but the kids meet to play the game Mulunga Doo in pairs: one boy and one girl. When Gordon is asked to play the game by Gary, the other young giraffes laugh at them and ask Gordon if he is a girl. Hurt, Gordon flees to his mother who tells him that he must follow his heart. The next day, the boy giraffes plan to teach Gordon a lesson, but their plan backfires, and Gordon must save them from plummeting down the waterfall. In the end, Gordon teaches the other boy giraffes that they should love everyone--even those who are different from themselves.

Bouncy is a baby giraffe with only one problem--he can't stop bouncing! This is a fun collection of Bouncy's first adventures by Verne Huser.

Learn all about the lives and habits of baby giraffes.

Geri is the shortest giraffe in the herd, which causes all kinds of problems when Boba the baboon tries to take a photo. Can Geri stretch up tall enough to be in the picture? Or are the other giraffes looking at things from the wrong perspective? A very sweet story for pre-schoolers about difference and acceptance.

Licky the giraffe is the story of a young male giraffe that gets a thorn stuck in his tongue. Follow Licky on his quest to find something different to eat and meet all of his friends along the way.

The Giraffe In A Scarf

The giraffe in a scarf is a poor little thing. Will he star in the play if unable to sing?

This international bestseller is an absurd and endearing story about an African giraffe and his pen pal, a penguin. Handwritten letters and charming line drawings complement this funny tale about mistaken assumptions and friendships.

The Giraffe Who Was Afraid Of Heights

Modeled after The Wizard of Oz, this enchanting story describes a young giraffe who suffers from a fear of heights. On his way to the doctor, he befriends a monkey who is afraid of climbing and a hippo who is a afraid of water. What causes the three new friends to face and overcome their fears? The "For Creative Minds" section includes fun facts and animal adaptation information, as well as a "Match the Feet" game and a mix-and-match activity. Encourages children to overcome their fears and to help friends in trouble.