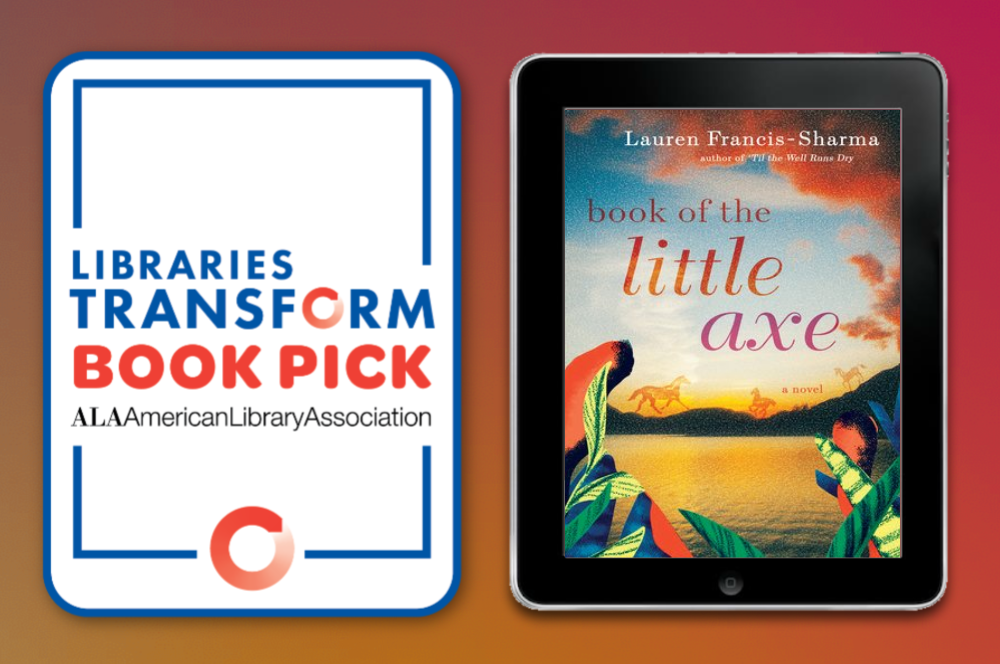 CHARLESTON, S.C. - The 2020 Libraries Transform Book Pick is now available! Readers nationwide have the chance to connect over the same title at the same time.

From September 14-28, the unlimited copies of the ebook are available to libraries for free courtesy of the American Library Association.

This year’s pick is “Book of the Little Axe” by Lauren Francis-Sharma.

The saga begins In 1796 Trinidad, young Rosa Rendón quietly but purposefully rebels against the life others expect her to lead. Bright, competitive, and opinionated, Rosa sees no reason she should learn to cook and keep house, for it is obvious her talents lie in running the farm she, alone, views as her birthright. But when her homeland changes from Spanish to British rule, it becomes increasingly unclear whether its free black property owners—Rosa’s family among them—will be allowed to keep their assets, their land, and ultimately, their freedom.

By 1830, Rosa is living among the Crow Nation in Bighorn, Montana with her children and her husband, Edward Rose, a Crow chief. Her son Victor is of the age where he must seek his vision and become a man. But his path forward is blocked by secrets Rosa has kept from him. So Rosa must take him to where his story began and, in turn, retrace her own roots, acknowledging along the way, the painful events that forced her from the middle of an ocean to the rugged terrain of a far-away land.

To access the book, visit OverDrive or the Libby app using your Charleston County Public Library Card from September 14-28. This book is a great choice for your September Book Club pick because it will be easy for all participants to access the title for free.

You can also join the discussion across the country online using the hashtag #LTBookPick.

Interested in a virtual book club with the author?
Author Lauren Francis-Sharma’s “58 Book Clubs to Freedom” campaign is an opportunity for her to virtually join 58 book clubs from August 31, 2020, Trinidad’s Independence Day, to Oct. 12, 2020, Indigenous Peoples’ Day. That can include your book club! Learn more and sign up here.