Top 10: Action and suspense lead list for audiobook fans in 2019 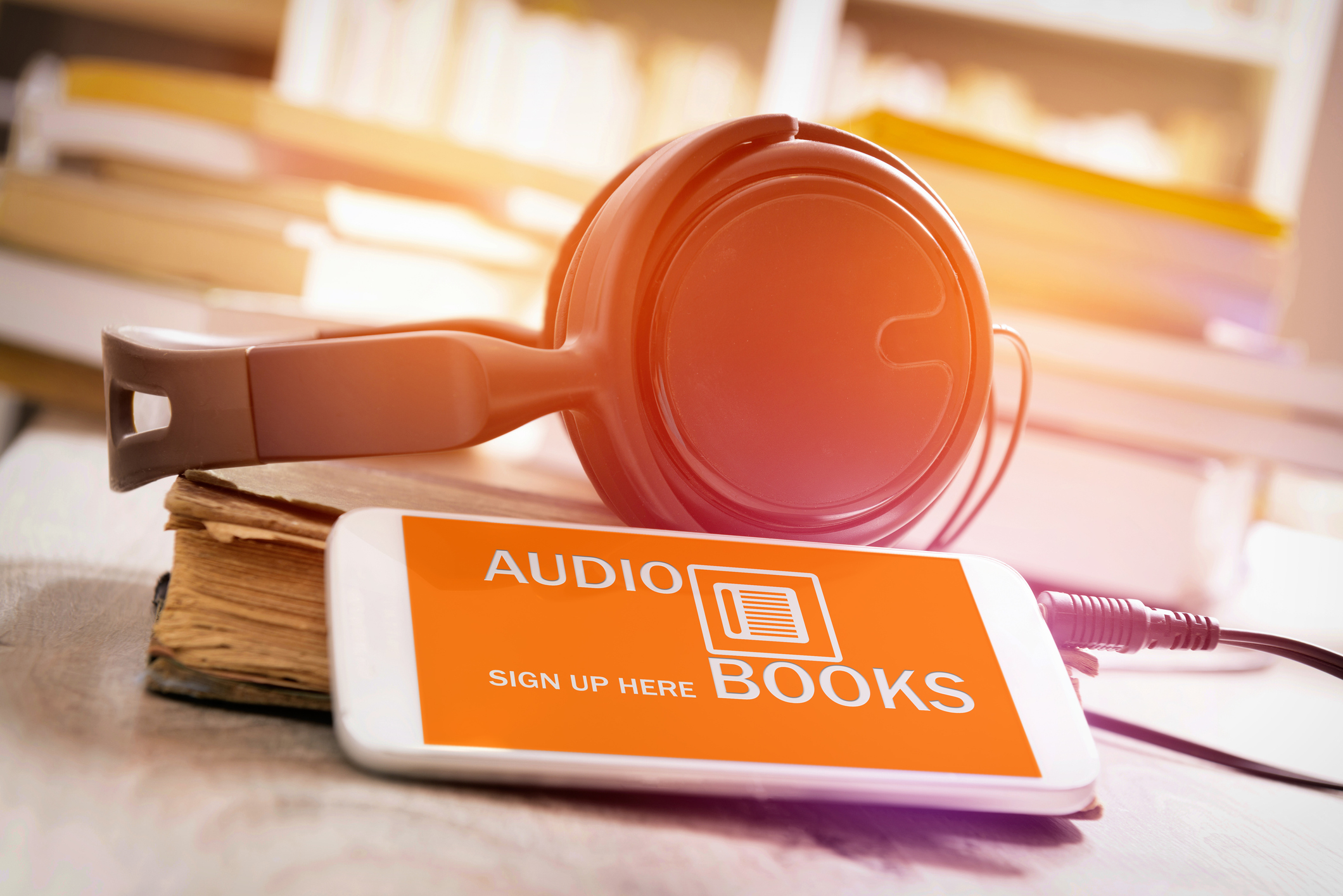 CHARLESTON, S.C. - Whether they're how you survive that long commute on I-26 or what keeps you moving in the gym or on a long run, audiobooks are great, hands-free entertainment. And it turns out listening to an audiobook is just like reading a book for your brain!

So if you're one of those people who would love to have time to ready but can't find it between work, kids, and a busy home life, consider an audiobook.

Not sure where to start? Let CCPL's patrons guide you! We've put together a list of the 10 most circulated audiobooks in our collection. Check one -- or all 10 -- out today!

10. A Delicate Touch by Stuart Woods, narrated by Tony Roberts

When an old acquaintance reaches out to Stone Barrington requesting assistance, the job seems easy enough. She needs an expert in an esoteric field, someone with both the knowledge and careful dexterity to solve a puzzle. But the solution to one small problem blows the lid open on a bigger scandal going back decades, one involving numerous prominent New Yorkers who would prefer the past to stay buried. With this explosive information in-hand, Stone Barrington is caught between a rock and a hard place, his only options either to play it safe to the detriment of others, or to see justice done and risk fatal exposure. But when it comes to Stone Barrington, danger is usually just around the corner, so he may as well throw caution to the wind.

Beekeeper Holly McNee Kensen quietly lives in a world of her own on Sullivan's Island, tending her hives and working at the local island library. Holly calls her mother The Queen Bee because she's a demanding hulk of a woman. Her mother, a devoted hypochondriac, might be unaware that she's quite ill, but that doesn't stop her from tormenting Holly. To escape the drama, Holly's sister Leslie married and moved away, wanting little to do with island life. Holly's escape is to submerge herself in the lives of the two young boys next door and their widowed father, Archie. Her world is upended when the more flamboyant Leslie returns and both sisters, opposites, fixate on what's happening in their neighbor's home. Is Archie really in love with that awful ice queen of a woman? If Archie marries her, what will become of his little boys?

Detective Ren e Ballard is working the night beat -- known in LAPD slang as "the late show" -- and returns to Hollywood Station in the early hours to find a stranger rifling through old file cabinets. The intruder is retired detective Harry Bosch, working a cold case that has gotten under his skin.
Ballard can't let him go through department records, but when he leaves, she looks into the case herself and feels a deep tug of empathy and anger. She has never been the kind of cop who leaves the job behind at the end of her shift -- and she wants in.

The murder, unsolved, was of fifteen-year-old Daisy Clayton, a runaway on the streets of Hollywood who was brutally killed, her body left in a dumpster like so much trash. Now Ballard joins forces with Bosch to find out what happened to Daisy, and to finally bring her killer to justice. Along the way, the two detectives forge a fragile trust, but this new partnership is put to the test when the case takes an unexpected and dangerous turn.

7. The Whistler: A Novel by John Grisham, narrated by Cassandra Campbell

We expect our judges to be honest and wise. We trust them to ensure fair trials, to protect the rights of all litigants, to punish those who do wrong, and to oversee the orderly and efficient flow of justice. But what happens when a judge bends the law or takes a bribe? Lacy Stoltz is an investigator for The Florida Board On Judicial Conduct. She is a lawyer, not a cop, and it is her job to respond to complaints dealing with judicial misconduct. After nine years with the Board, she knows that most problems are caused by incompetence, not corruption.

But a corruption case crosses her desk eventually. A lawyer disbarred previously is back in business with a new identity. He now goes by the name Greg Myers, and he claims to know of a Florida judge who has stolen more money than all other crooked judges combined. What is the source of the gains ill-gotten? It seems the judge was secretly involved with the construction of a large casino on Native American land. The Coast Mafia financed the casino and is now helping itself to a sizable skim of each month's cash. The judge is getting a cut and looking the other way. It is a sweet deal: Everyone is making money.

But now, Greg wants to put a stop to it. His only client is a person who knows the truth and wants to blow the whistle and collect millions under Florida law. Greg files a complaint with The Board On Judicial Conduct, and the case is assigned to Lacy Stoltz, who suspects immediately that this one could be dangerous. Dangerous is one thing. Deadly is something else.

6. Past Tense: A Jack Reacher Novel by Lee Child, narrated by Scott Brick

Jack Reacher has extended his thumb and hit the pavement. His plan is to follow the autumn sun on an epic trip across America, from Maine to California. He doesn't get far. On a road in rural New Hampshire, deep in the woods, he sees a sign to a place he has never been: the town where his father was born. He thinks, What's one extra day? and takes the detour. At the same time, a car breaks down. Two young Canadians are trying to drive to New York City to sell a treasure. Now they're stranded at a lonely motel in the middle of nowhere. The owners seem too friendly. It's a strange place ... but it's all there is. The next morning in the city clerk's office, Reacher asks about the old family home. He's told no one named Reacher ever lived in town. He knows his father left and never returned. Now Reacher wonders, was he ever there in the first place? As Reacher explores his father's life, and strands of different stories begin to merge, he makes a shocking discovery: The present can be tough, but the past can be tense ... and deadly.

5. Educated: A Memoir by Tara Westover, narrated by Julia Whelan

Born to survivalists in the mountains of Idaho, Tara Westover was seventeen the first time she set foot in a classroom. Her family was so isolated from mainstream society that there was no one to ensure the children received an education, and no one to intervene when one of Tara's older brothers became violent. When another brother got himself into college, Tara decided to try a new kind of life. Her quest for knowledge transformed her, taking her over oceans and across continents, to Harvard and to Cambridge University. Only then would she wonder if she'd traveled too far, if there was still a way home.

4. Becoming by Michelle Obama, narrated by the author

In a life filled with meaning and accomplishment, Michelle Obama has emerged as one of the most iconic and compelling women of our era. As First Lady of the United States of America, she helped create the most welcoming and inclusive White House in history. With unerring honesty and lively wit, she describes her triumphs and her disappointments, both public and private. A deeply personal reckoning of a woman of soul and substance who has steadily defied expectations.

3. Where The Crawdads Sing by Delia Owens, narrated by Cassandra Campbell

For years, rumors of the "Marsh Girl" have haunted Barkley Cove, a quiet town on the North Carolina coast. She's barefoot and wild; unfit for polite society. So in late 1969, when handsome Chase Andrews is found dead, the locals immediately suspect Kya Clark. But Kya is not what they say. Abandoned at age ten, she has survived on her own in the marsh that she calls home. A born naturalist with just one day of school, she takes life lessons from the land, learning from the false signals of fireflies the real way of this world. But while she could have lived in solitude forever, the time comes when she yearns to be touched and loved. Drawn to two young men from town, who are each intrigued by her wild beauty, Kya opens herself to a new and startling world -- until the unthinkable happens.

Ever since her twin sister was abducted by a notorious serial killer at age five, Atlee has spent her life hunting down those who hurt others. And she's the best at it. She could be one of the Bureau's top criminal profilers, if she didn't prefer catching criminals in the vast wilderness of the West to climbing the career ladder in the D.C. office. Her chosen mission is a lonesome one-but that suits her just fine.

Now, Atlee is called in to investigate the mutilated carcass of a mule found in the Grand Canyon-and hopefully, solve the disappearance of its rider. But this isn't the only recent disappearance. In fact, it may be just the first clue, the key to unraveling a rash of other similar missing persons cases in the canyon.

1. The Reckoning by John Grisham, narrated by Michael Beck

Pete Banning was Clanton's favorite son, a war hero, the patriarch of a prominent family, a farmer, father, neighbor, and a faithful member of the Methodist church. Then one October morning in 1946, he rose early, drove into town, walked into the church, and calmly shot and killed the Reverend Dexter Bell. As if the murder wasn't shocking enough, it was even more baffling that Pete's only statement about it - to the sheriff, to his defense attorney, to the judge, to his family and friends, and to the people of Clanton - was 'I have nothing to say'. And so the murder of the esteemed Reverend Bell became the most mysterious and unforgettable crime Ford County had ever known.