Top 10: A look back at 2021's most popular travels in the Charleston Time Machine 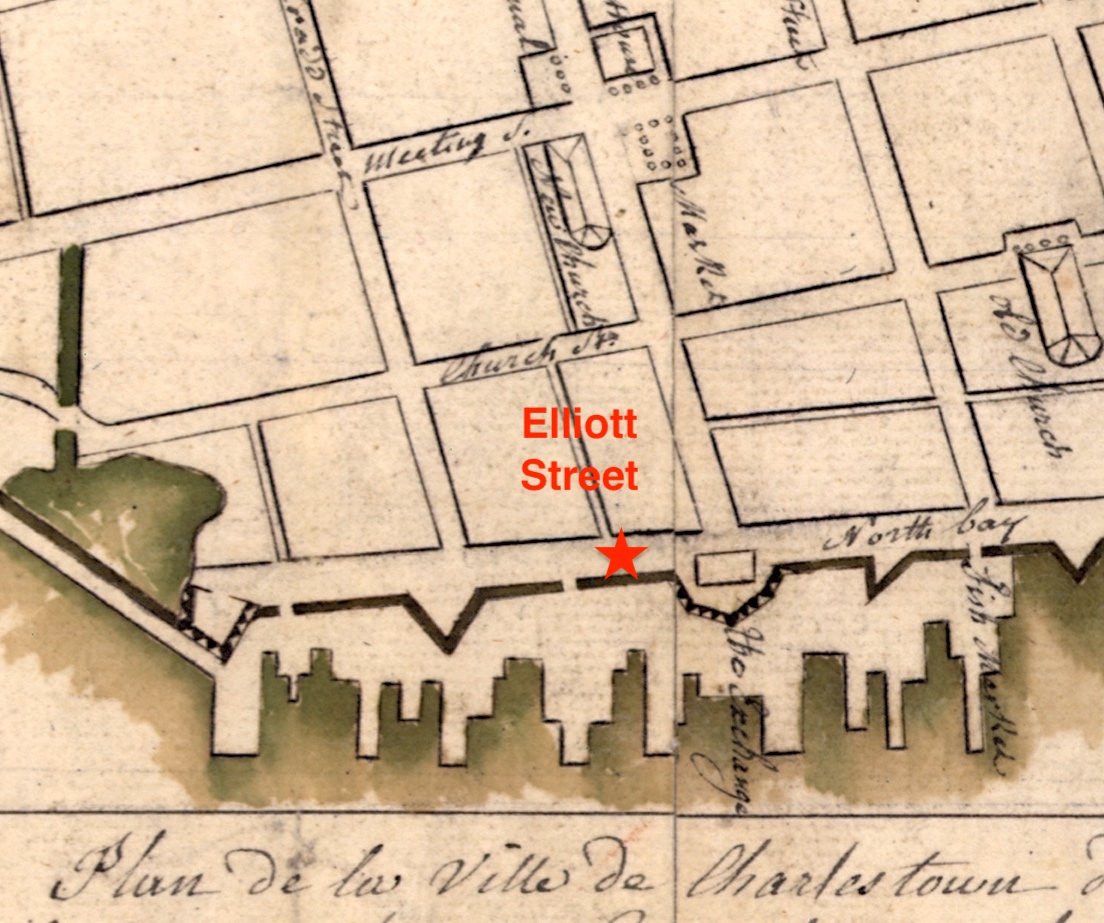 CHARLESTON, S.C. - Each week we take a trip through time in the Charleston Time Machine, traveling from point to point through history to examine the lesser known stories and the tales behind major events that helped shape Charleston.

This week we'll take a look at the 10 most popular episodes of the Charleston Time Machine, a list that involves defending our port city, slavery, Charleston's forgotten dead, and Spain's claims on the Lowcountry!

This year, the Charleston Time Machine added more than 100,000 downloads! Over its lifetime, there have been more than 300,000 downloads. And as we head into the fifth year of these tales of Charleston's past, we're excited to reach the half-million milestone.

If you're new to the Charleston Time Machine, consider this an introduction to the wide variety of content you can expect week to week as more of Charleston's stories are told.

Following Albro’s fatal encounter with a young White man on Dewees Island, the African fled through the waters of Copahee Sound and across several mainland plantations to evade detection. Meanwhile, the victim’s father traveled to Charleston to alert public officials and initiate a manhunt. As militiamen pursued the fugitive’s trail, he was betrayed by an enslaved man who stopped him in his tracks. The true story of Albro’s flight includes plenty of drama and adventure, but it’s just one of many hundreds of similar stories of enslaved resistance in early South Carolina

The history of South Carolina, like any other chronological narrative, is more than just a list of important events and famous personalities. Our history is a complicated matrix informed by the experiences of numerous people with different and often contrasting perspectives. In honor of National Hispanic Heritage Month, I’d like to draw attention to one of the most significant but perhaps least-remembered perspectives of South Carolina’s early history: The English colony of Carolina was created within the pre-existing boundaries of Spanish Florida, and Spanish officials contested this usurpation for nearly a century.

The temple-like structure standing at the intersection of Market and Meeting Streets in Charleston, with its yellow-wash walls and massive white columns is a familiar sight to many residents and visitors. Now 180 years old, the life story of this public venue known as “Market Hall” has been dominated by the long presence of a Confederate museum that does not reflect the original purpose of the building or its varied uses. During its first sixty years, Charleston’s Market Hall was an architectural gem that once hosted a surprisingly diverse series of events and audiences.

Boisterous and pathetic auctions of enslaved people were once a familiar sight in early Charleston that often clogged busy streets and sidewalks. As urban congestion increased and public scrutiny from anti-slavery advocates grew in the second quarter of the nineteenth century, however, local government sought to compartmentalize and quiet this traditional spectacle. The advent of enclosed “marts” for the auction sales of enslaved people marked a significant commercial change that endured into the era of Civil War. Historic documents illustrating this revised form of human trafficking are not always what they purport to be, however.

Slavery was legal in South Carolina until 1865, during which time thousands of enslaved people of African descent bravely rejected their condition and fled to gain freedom elsewhere. This steady stream of fugitives motivated white authorities to create laws designed to check their escape and punish offenders. Some runaways were successful, but most were overwhelmed by the institutional power of slavery. Details surrounding the movements of most enslaved fugitives in early South Carolina are lost forever, but a voluminous body of extant newspaper advertisements provides intriguing snapshots of thousands of dramatic stories of courageous resistance.

Following his violent capture in Christ Church Parish, the African fugitive Albro was committed to jail in Charleston with a former friend and an infamous pair of convicted White criminals. Days later he returned to the village of Mount Pleasant for a brief and biased trial. His pleas of innocence notwithstanding, Albro was judged guilty of murder and sentenced to death by hanging. After a brief spiritual reprieve granted by the governor, the condemned man made a gallows confession before a crowd assembled at the Red House at the forks of the road.

Summertime brings easy living to many Lowcountry residents—a time to shed the constraints of modern life and enjoy the great outdoors at a nearby retreat. Long before the convenience of modern automobiles and recreational vehicles, the people of early Charleston also looked forward to such warm-weather excursions. Influenced by Romanticism and aided by steam locomotion, Charlestonians developed a tradition of annual maroons, picnics, and parades that enlivened scores of summers across the generations. Although these traditions are now extinct, Porgy’s literary trip to Kittawar Island in the eponymous novel of 1925 captures the twilight of that fading tradition.

The Half-Moon Battery is a historic structure in urban Charleston that formed part of the town’s earliest fortifications. Construction of its curving brick wall commenced in the mid-1690s, and the structure was completed and armed in 1702. Its cannon defended the Carolina capital and fired salutes to mark civic occasions until the upper part of the battery was demolished in 1768 to facilitate the construction of the present Old Exchange. Now partially visible within the dungeon of that historic building, the fabric of the Half-Moon Battery provides a valuable glimpse of the city’s colonial past.

The steady growth of Charleston’s population in the generations after the American Revolution required municipal authorities to provide a succession of public burial grounds for its poorest citizens, transient visitors, and enslaved people of African descent. The potter’s fields provided for their burials occupied nearly thirty-five acres beyond those used during colonial-era, but all of that real estate has been developed for other uses over the past two centuries. By tracing the outline of this forgotten landscape and the records of public burials within the city, we can estimate the frightening extent of that subterranean population.

Rival claims to the land of South Carolina sparked hostility between England and Spain that shaped the first seventy-eight years of the colony’s existence. While officials in Charleston considered the inhabitants of La Florida to be jealous rivals, Spanish officials in St. Augustine saw Carolinians as habitual trespassers. To improve our understanding of that formative era, we need to consider both sides of the territorial dispute that endured from 1670 to 1748. Spain held a better claim to the contested territory, but stubborn British colonists eventually forced their Spanish neighbors from the mainland of North America.