What children's book were most popular for children at CCPL? Here are the Top 10! 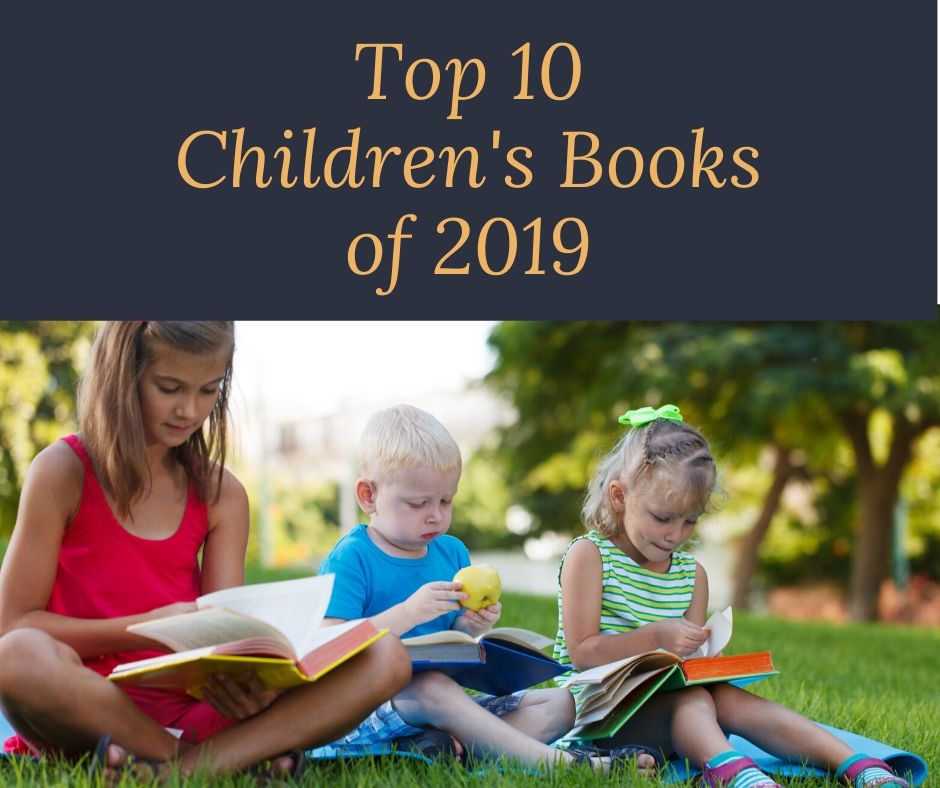 It was no surprise to see Mo Willems show up multiple times on this year's list of most circulated children's books in the CCPL collection. What is surprising is how few check-outs separated the most circulated book from the tenth most circulated: just 40 check outs!

Have these made it onto your child's reading list? Have you read them to your children? Reading to children starts them on an early path to literacy and gives them 1 million more words than those kids whose parents don't read to them. Learn more here.

Elephant and Piggie are back, in their tenth mini-drama. In this episode, Elephant's sneezing convinces him that he is allergic to pigs and therefore must be apart from his friend forever! Doctor Cat diagnoses the sneezes as a cold rather than an allergy. Excitedly, Elephant rushes to tell Piggie the news, and we see in the last frame and the endpapers that Piggie now shares her friend's illness.

But Predator Day at school is on Monday and Great White Shark isn't assigned to Shawn. It's assigned to...Stacy.

In this humorous outing, Gerald the elephant and Piggie debate whether or not "elephants can dance." Gerald, who is convinced that he cannot (he tells Piggie to look it up in the "What Elephants Can Do" book) decides to give it a go nonetheless. Results are mixed, with Gerald basically doing the opposite of each instruction.

7. After The Fall: How Humpty Dumpty Got Back Up Again by Dan Santat

Caldecott Medalist Dan Santat's poignant tale follows Humpty Dumpty, an avid bird watcher whose favorite place to be is high up on the city wall--that is, until after his famous fall. Now terrified of heights, Humpty can longer do many of the things he loves most.

Will he summon the courage to face his fear?

6. I Will Surprise My Friend! by Mo Willems

Squirrel plays a big role in Elephant and Piggie's next adventure, I Will Surprise My Friend. He surprises his friend by hiding behind a tiny rock and yelling, Boo! The squirrels have such fun that Elephant and Piggie decide to try it too, but alas, surprising each other, when both know a surprise is coming, isn't that easy.

It's a summer day so beautiful and peaceful that Hattie, paddling in her canoe in the middle of a lake, can't help but sing. In the deep water below, a creature is lurking. He's huge and green, with a long, long neck and he rarely leaves his lair.

But on this day, he hears something sweet and inviting. He hears a song. What happens when the creature rises to the surface is nothing short of magical.

Can a young girl and an enormous lake monster become friends? Together, can they save the beast from the frightened townspeople, who can't see beyond the creature's massive size?

Pigeon is back, in all of his indignant, passive-aggressive glory, overwrought this time at one gross injustice: a cute little duckling is now on the scene and has been rewarded a cookie (with nuts) for doing nothing more than asking for it politely. Pigeon pulls out all of the usual pigeon stops coy glances, cartwheels, and crocodile tears in the hopes of securing a cookie for himself... and it works!

Do you think the Pigeon is happy about that?

3. Harry Potter and the Sorcerer's Stone by J.K. Rowling

Harry Potter has never even heard of Hogwarts when the letters start dropping on the doormat at number four, Privet Drive. Addressed in green ink on yellowish parchment with a purple seal, they are swiftly confiscated by his grisly aunt and uncle. Then, on Harry's eleventh birthday, a great beetle-eyed giant of a man called Rubeus Hagrid bursts in with some astonishing news: Harry Potter is a wizard, and he has a place at Hogwarts School of Witchcraft and Wizardry. An incredible adventure is about to begin!

2. The Legend of Rock Paper Scissors by Drew Daywalt

Long ago, in an ancient and distant realm called the Kingdom of Backyard, there lived a warrior named ROCK. Meanwhile in the Empire of Mom's Home Office, a second great warrior sought the glory of battle. And his name was PAPER. At the same time, in the Kitchen Realm, in the tiny village of Junk Drawer, lived a third warrior. They called her SCISSORS. These three were the strongest, smartest, and fastest in all the land. Time and again they beat the most fearsome opponents they could find: an apricot, a computer printer--even frozen, breaded, dinosaur-shaped chicken nuggets! But when the warriors finally meet each other, the most epic round of battles begins...and never ends. That is why, to this day, children around the world honor these worthy adversaries by playing ROCK, PAPER, SCISSORS!

Jasper Rabbit is NOT a little bunny anymore. He's not afraid of the dark, and he's definitely not afraid of something as silly as underwear. But when the lights go out, suddenly his new big rabbit underwear glows in the dark. A ghoulish, greenish glow. If Jasper didn't know any better he'd say his undies were a little, well, creepy. Jasper's not scared obviously, he's just done with creepy underwear. But after trying everything to get rid of them, they keep coming back!