Which middle grade reader ordered the mystery with a side of adventure? Your list is ready! 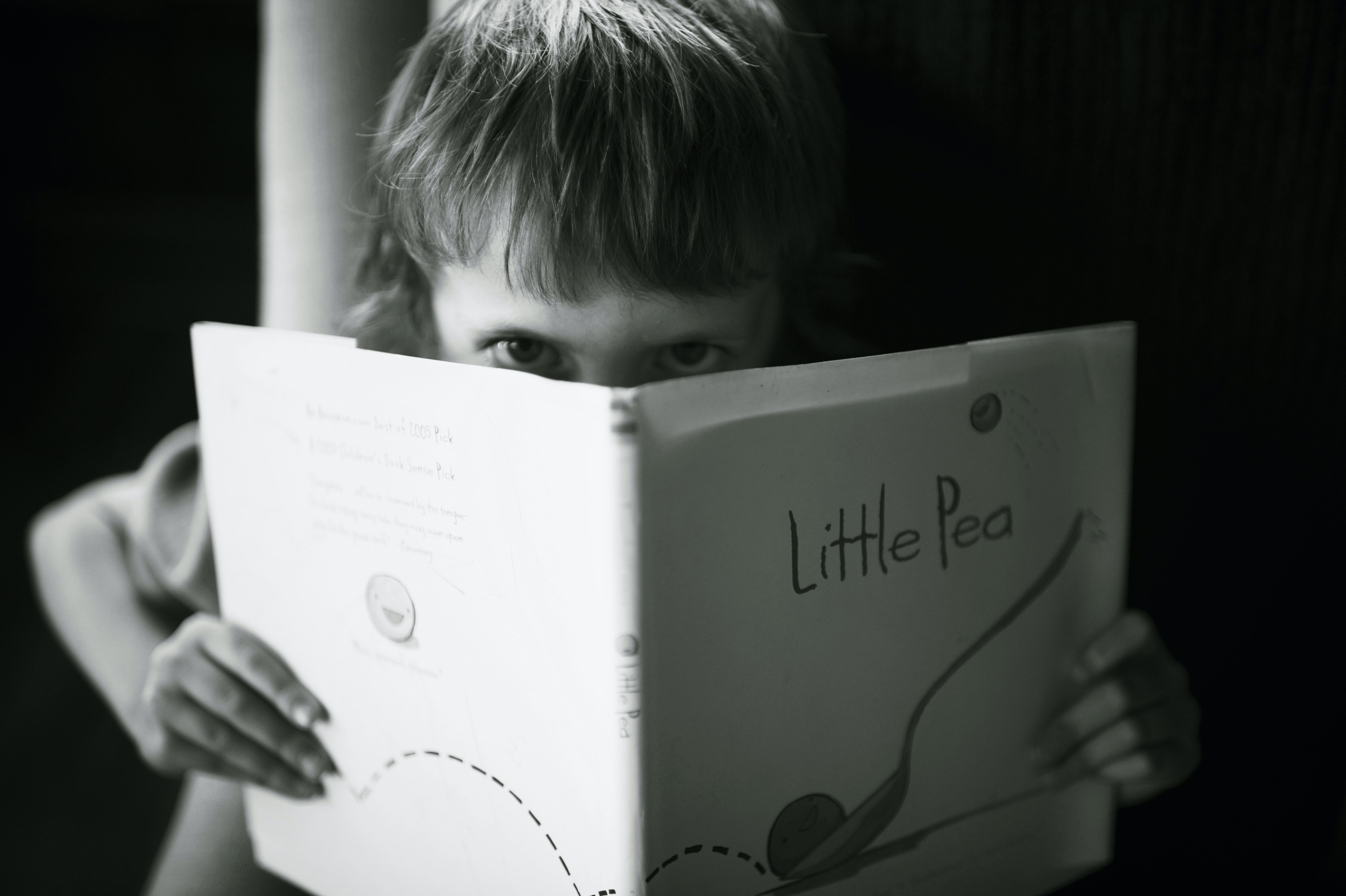 With our branches closed to the public, having those conversations is a lot more difficult. But it's not impossible! And that's why CCPL's librarians have been digging through our digital resources to build list upon list of digital recommendations.

This book list was compiled by Emily Stowell, CCPL's newest children's librarian, who can be found at the Main Library... eventually. Once this coronavirus pandemic is past us, you'll be able to meet her! But until then, don't miss her on our Facebook page for storytimes, cooking demonstrations, and read-alongs.

This list highlights some great digital books for middle grade readers who love mystery and suspense. And the really good news is that six of these titles lead off their series, so it's like a list within a list!

"Mystery books are my favorite type of book. They take me out of my everyday life and absorb me in the world of the characters," she said. "I can't put these types of books down - I have to find out what happens next!"

"Are you a gifted child looking for special opportunities?"

Dozens of children respond to this peculiar ad in the newspaper and are then put through a series of mind-bending tests, which readers take along with them. Only four children—two boys and two girls—succeed. Their challenge: to go on a secret mission that only the most intelligent and inventive children could complete. To accomplish it they will have to go undercover at the Learning Institute for the Very Enlightened, where the only rule is that there are no rules. But what they'll find in the hidden underground tunnels of the school is more than your average school supplies. So, if you're gifted, creative, or happen to know Morse Code, they could probably use your help.

When Kyle learns that the world's most famous game maker, Luigi Lemoncello, has designed the town's new library and is having an invitation-only lock-in on opening night, he's determined to be there! But the tricky part isn't getting into the library—it's getting out. Because when morning comes, the doors stay locked. Kyle and the other kids must solve every clue and figure out every secret puzzle to find the hidden escape route!

Don't miss bonus content in the back of the book—extra puzzles, an author Q&A, and more! And look for the puzzle-packed sequels—Mr. Lemoncello's Library Olympics and Mr. Lemoncello's Great Library Race!

The Crims by Kate Davies

The Addams Family meets Despicable Me in the first book of this new trilogy, perfect for fans of Lemony Snicket and Pseudonymous Bosch!

The Crim family is full of notorious criminals. Notoriously inept, that is. Uncle Knuckles once tried to steal a carnival. Great-Uncle Bernard held himself hostage by accident. Aunt Drusilla died slipping on a banana peel. But Imogen is different. She was born with a skill for scandal. A knack for the nefarious. A mastery of misdemeanors.

Despite her natural talent for all things unlawful, Imogen got out of the family business years ago. But when the rest of the Crims are accused of pulling off a major heist—which seems doubtful, to say the least—Imogen is forced to step in to clear their names. Because only a truly skilled criminal can prove the bumbling family's innocence....

It's wintertime at Greenglass House. The creaky smuggler's inn is always quiet during this season, and twelve-year-old Milo, the innkeepers' adopted son, plans to spend his holidays relaxing. But on the first icy night of vacation, out of nowhere, the guest bell rings. Then rings again. And again. Soon Milo's home is bursting with odd, secretive guests, each one bearing a strange story that is somehow connected to the rambling old house. As objects go missing and tempers flare, Milo and Meddy, the cook's daughter, must decipher clues and untangle the web of deepening mysteries to discover the truth about Greenglass House—and themselves.

The Westing Game by Ellen Raskin

A bizarre chain of events begins when sixteen unlikely people gather for the reading of Samuel W. Westing's will. And though no one knows why the eccentric, game-loving millionaire has chosen a virtual stranger—and a possible murderer—to inherit his vast fortune, on things for sure: Sam Westing may be dead...but that won't stop him from playing one last game!

From the Mixed-Up Files of Mrs. Basil E. Frankweiler by E.L. Konigsburg

Claudia knew that she could never pull off the old-fashioned kind of running away...so she decided to run not from somewhere but to somewhere. That was how Claudia and her brother, Jamie, ended up living in the Metropolitan Museum of Art—and right in the middle of a mystery that made headlines. Celebrate the legacy of the Newbery Medal–winning classic with this special edition.

Who Could That Be at This Hour? by Lemony Snicket | OverDrive audio

Before the Baudelaires became orphans, before he encountered A Series of Unfortunate Events, even before the invention of Netflix, Lemony Snicket was a boy discovering the mysteries of the world.

In a fading town, far from anyone he knew or trusted, a young Lemony Snicket began his apprenticeship in an organization nobody knows about. He started by asking questions that shouldn't have been on his mind. Now he has written an account that should not be published, in four volumes that shouldn't be read. This is the first volume.

For twelve-year-old Emily, the best thing about moving to San Francisco is that it's the home city of her literary idol: Garrison Griswold, book publisher and creator of the online sensation Book Scavenger (a game where books are hidden in cities all over the country and clues to find them are revealed through puzzles). Upon her arrival, however, Emily learns that Griswold has been attacked and is now in a coma, and no one knows anything about the epic new game he had been poised to launch. Then Emily and her new friend James discover an odd book, which they come to believe is from Griswold himself, and might contain the only copy of his mysterious new game.

Racing against time, Emily and James rush from clue to clue, desperate to figure out the secret at the heart of Griswold's new game—before those who attacked Griswold come after them too.

Into the Lion's Den by Linda Fairstein

Someone has stolen a page from a rare book in the New York Public Library. At least, that's what Devlin's friend Liza thinks she's seen, but she can't be sure. Any other kid might not see a crime here, but Devlin Quick is courageous and confident, and she knows she has to bring this man to justice—even if it means breathlessly racing around the city to collect evidence. But who is this thief? And what could the page—an old map—possibly lead to? With her wits, persistence, and the help of New York City's finest (and, okay, a little bit of help from her police commissioner mother, too), Dev and her friends piece the clues together to uncover a mystery that's bigger than anyone expected—and more fun, too.

With all of the heart-pounding excitement that made her internationally bestselling Alexandra Cooper series a hit, Linda Fairstein paves the way for another unstoppable heroine . . . even if she is only twelve.

The Parker Inheritance by Varian Johnson

When Candice finds a letter in an old attic in Lambert, South Carolina, she isn't sure she should read it. It's addressed to her grandmother, who left the town in shame. But the letter describes a young woman. An injustice that happened decades ago. A mystery enfolding its writer. And the fortune that awaits the person who solves the puzzle.
So with the help of Brandon, the quiet boy across the street, she begins to decipher the clues. The challenge will lead them deep into Lambert's history, full of ugly deeds, forgotten heroes, and one great love; and deeper into their own families, with their own unspoken secrets. Can they find the fortune and fulfill the letter's promise before the answers slip into the past yet again?