A Message from CCPL's Executive Director

Effective immediately, the Charleston County Public Library (CCPL) will temporarily stop purchasing newly released print books, e-Books, downloadable audio books and books on CD for circulation from Macmillan Publishers and its imprints. Macmillan is one of the country’s five major book publishers. CCPL plans to implement the boycott for at least 12 weeks as part of a national movement to protest Macmillan’s recent business practices toward libraries.

Starting on Nov. 1, Macmillan implemented an embargo on library e-book purchases that prevents libraries of any size from purchasing more than one copy of a newly released e-book for the first eight weeks after publication in order to increase sales.

CCPL opposes any effort to restrict or delay our ability to provide the public with free and equitable access to information and services. Macmillan’s embargo could lead to patrons waiting months or longer for some e-books.

"We ask our patrons to be patient and understand that we are operating in their best interest,” said CCPL Executiv e Director Angela Craig. “We believe a short-lived inconvenience is worth a potential long-term gain. This embargo by Macmillan sets a dangerous precedent, which could result in influencing other publishers and we must take a stand now before it’s too late. For a limited period during or after the boycott, patrons may not have access to Macmillan titles. Titles are typically ordered months in advance so the timing of the delays may vary. This will not affect titles already in circulation.

Why has Macmillan Publishers decided to embargo eBooks sold to libraries?

Macmillan believes that every eBook checked out from a library is a lost sale and that eBook lending hurts the bottom line. In his memo announcing the embargo, Macmillan CEO John Sargent accused libraries of “cannibalizing” sales and actively “marketing… to turn purchasers in to borrowers.”

Do publishers and authors lose money by selling eBooks to libraries?

No. In fact, consumer sales for eBooks have leveled off while sales to libraries have increased. While there is no data to support Macmillan’s claim that increased eBook checkouts result in lost sales, there is data that shows that library borrowers are the same people who buy books .

Making people wait an additional two months to borrow an eBook from a library will not necessarily increase consumer sales.

There are several reasons why people won’t immediately buy an eBook. Borrowers already wait a long time for eBooks they place on hold, even when hold lists number in the hundreds. Some will just go to another title on their long reading list. Some can’t afford to purchase hardcovers or eBooks, so they won’t buy them in any scenario.

While some library users may choose to buy an eBook to avoid an even longer holds queue, which could generate a few sales, Macmillan’s embargo guarantees they will lose library sales for eight weeks.

What value do libraries bring to eBook demand?

Libraries bring indisputable value in marketing books and cultivating readers – at no cost to publishers or authors. Every time a library displays a new title on its “new release” shelf, holds an author talk or book signing by a new writer, hosts book clubs or promotes a new title on social media, it provides free advertising that, cumulatively, is worth millions of dollars. This benefits readers, publishers and authors, especially newly published authors whose work would otherwise be difficult to discover. Libraries would be much less likely to market titles that are under embargo by a publisher.

If library patrons already wait for eBooks, why is an embargo such a bad thing?

Limiting access to new titles for libraries in any format means limiting readers’ access to information. Such an arbitrary embargo sets a dangerous precedent. Macmillan’s planned embargo now applies only to new titles, but what might they embargo next? The embargo is eight weeks now; how long might the next embargo delay access for library eBook borrowers? Macmillan’s policy is disconcerting because it could influence other publishers, most of whom currently support eBooks for all.

Who will specifically be affected by this embargo?

Will this boycott only apply to Macmillan Publishing ebooks?

No. CCPL will cease purchasing Macmillan's print books, ebooks, downloadable audio books, and books on CD for at least 12 weeks.

Will I be able to check out titles that were already in the catalog?

Yes. The boycott only applies to the purchasing of new materials. Any materials that were already in circulation will continue to be loaned.

When will I start to see the effects of the boycott?

For a limited period during or after the boycott, patrons may not have access to new Macmillan titles. Titles are typically ordered months in advance so the timing of the delays may vary.

Do any other publishers embargo sales to libraries?

Macmillan Publishers is the only one of the “Big Five” publishers (Hachette Book Group, HarperCollins, Macmillan, Penguin Random House and Simon & Schuster) to announce an embargo on new eBook sales to libraries. However, ALA is concerned that other publishers may follow suit and institute embargos of their own on eBook sales to libraries, which already pay top dollar for eBooks.

How much do libraries pay for eBooks?

Publishers have various business models for eBook lending, but all charge libraries more for an eBook than a consumer pays — often up to five times the retail price of an eBook. Libraries purchase enough copies of an eBook title to meet the demand they anticipate at their library as their budget permits.

However, publishers do not sell eBooks to libraries; they lease a copy of an eBook title to a library for a contracted amount of time  (commonly two years). Once the license is up, the library loses access to the content and must repurchase the eBook at the same high price.

What do libraries want?

Libraries want to fulfill their mission: to ensure that all people have access to the world's knowledge through our nation's libraries, regardless of format. Access to eBooks for libraries should neither be denied nor delayed by anyone. Period.

Is there room for libraries and publishers to negotiate terms of sale for eBooks?

Yes. The American Library Association and other leaders within the library community have held discussions with publishers since 2012. As ALA Executive Director Mary Ghikas told reporters at the press conference announcing ALA’s eBooksForAll petition, “An embargo is not a good way to start a conversation.”

What are libraries doing to oppose the embargo?

How Can I Help? 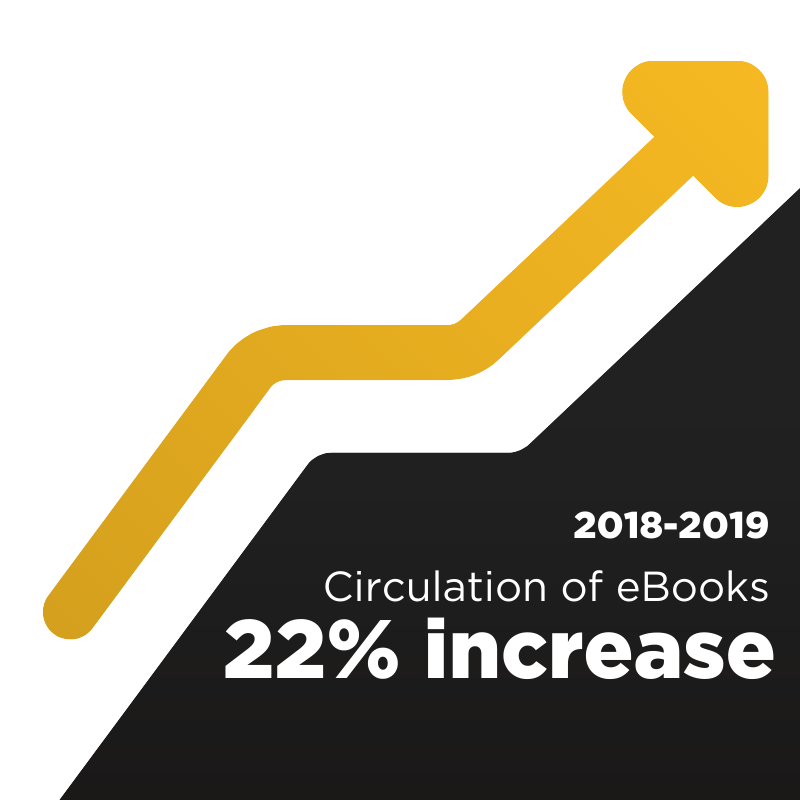