Barbados and the Roots of Carolina, Part 1 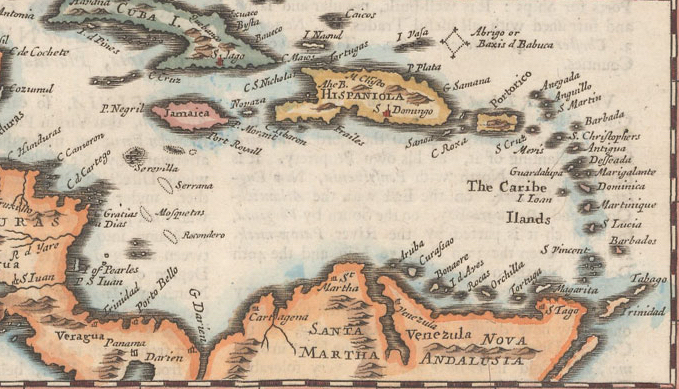 If you pick up any book about the origins of South Carolina in the late 1600s, you’ll be sure to find references to the island of Barbados and the great influence it exerted on our early history. Nearly 350 years later, in November 2017, a number of Lowcountry residents are collaborating with officials in Barbados to commemorate the cultural ties that continue to bind our two communities together. The Barbados and Carolina Legacy Foundation, founded by Bajan native Rhoda Green, is leading a coterie of Carolinians to Bimshire (as some natives call the island) this month to celebrate our shared past. I’ll be traveling along with the Charleston delegation, and I look forward to sharing the fruits of my journey when I return.

In preparation for my trip, I’ve been reading a lot and searching for clues to answer this fundamental question: How exactly did Barbados influence the early history of South Carolina? If you peruse a few of the many books and articles written about this topic, you’ll find discussions of a number of specific connections. The Charleston single house, for example, is often described as being a local interpretation of a Barbadian (or Bajan) predecessor. The drinking culture of early Charleston has been described as an extension of the influence of the Bajan rum industry. Several of the early governors and major landowners of colonial Carolina came here from Barbados. Some of South Carolina’s earliest laws for the governing of African slaves were based on legal precedents established in Barbados. The local language we call Gullah, created by the enslaved Africans who lived along the coast of South Carolina, is remarkably similar to the Afro-Barbadian dialect known as Bajan.

After reading about such connections between Barbados and early South Carolina, I have to admit that I still felt a bit unsatisfied. The cultural connections I’ve just described are legitimate, bona fide examples of the historical links between our two communities, but there has to be more to the story. After further reading, digging into the early history of that Caribbean island, however, I found a theme that strikes me as a deeper, more fundamental link between Barbados and Carolina. To illustrate my point, we’ll need to travel back to the early days of European exploration in the New World, and try to understand how the small island of Barbados fits into the larger historic context of this age of discovery. 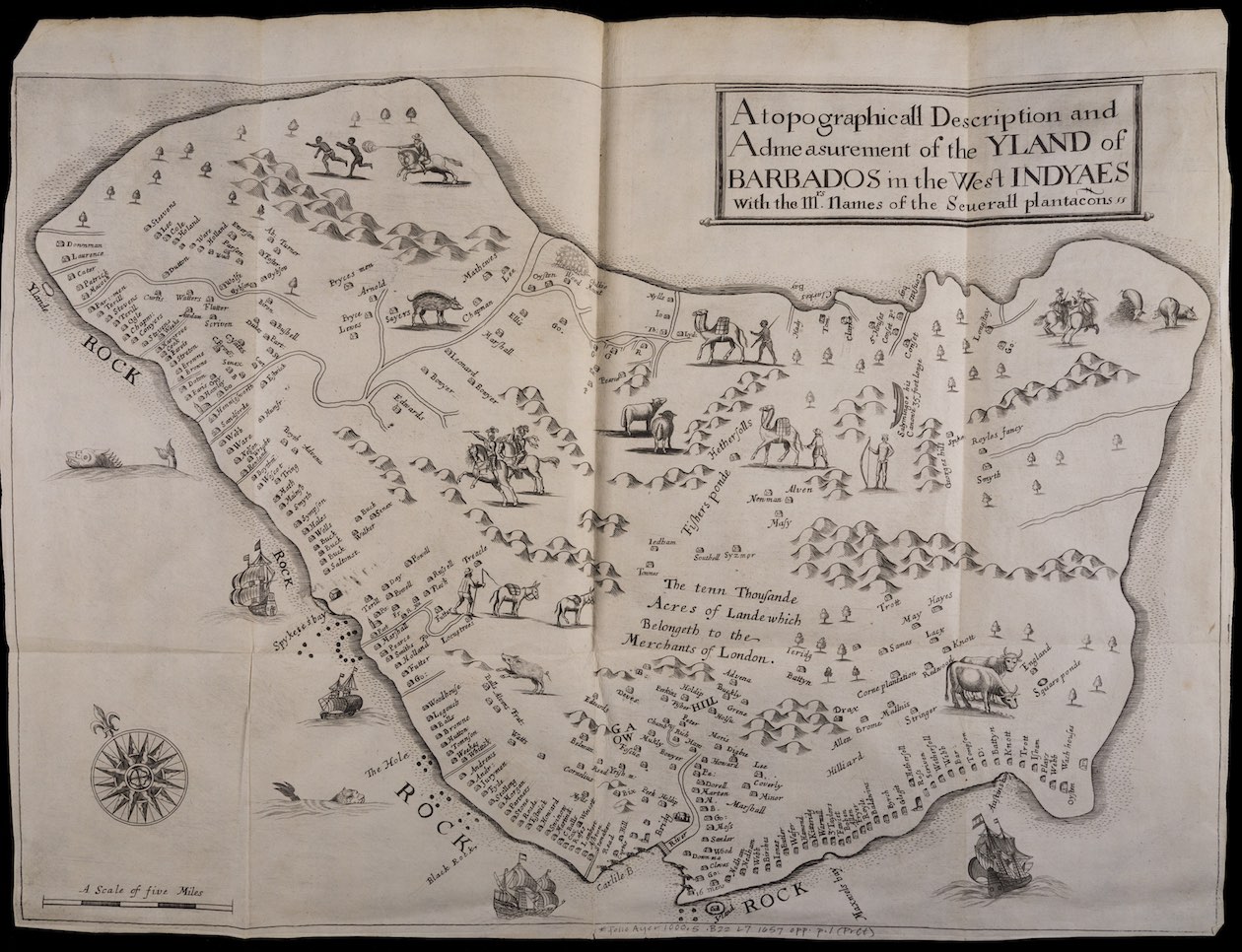 European settlement of Barbados began in the 1490s, when Spanish and Portuguese explorers first visited the island. There they found a population of native Amerindians, but did not attempt to create a permanent settlement. Throughout the sixteenth century, Spanish colonists dominated the land of Central America and the islands of the Caribbean Sea, while Portuguese colonists established a vast sugar empire in Brazil in South America.

At the beginning of the seventeenth century, England was poised to launch its first permanent colonies in the New World. The settlement at Jamestown, Virginia, was established in 1607, followed by a permanent settlement in Bermuda in 1609. In 1623 English settlers claimed part of the island of St. Christopher (St. Kitts), in the Leeward Islands of the Lesser Antilles, just a bit north of Barbados. French settlers claimed the other half of St. Kitts in 1625, leading to years of conflict, so the English kept searching for Caribbean islands to call their own. Also in 1625, English explorers landed at Barbados, found it completely deserted, and claimed the island for their king.

Two years later, in 1627, a small band of about fifty white men and perhaps ten African slaves established the first permanent English settlement on Barbados. Over the next several decades, the island served as the base for other English settlements in the Caribbean, including Nevis in 1628, Antigua in 1632, and then a number of other small islands. As England’s first solid foothold in the West Indies, Barbados quickly became a major destination for adventuring merchants and investors, as well as white indentured servants and exiled criminals. By the early 1640s, when the colony was not quite twenty years old, Barbados was home to approximately 30,000 people, mostly men, making it the most densely populated English-speaking settlement outside of London.

In this crowded society, scores of urban merchants traded with neighboring ports while hundreds of middling landowners cultivated relatively small tracts of lands. They grew tobacco, cotton, indigo, and ginger for export, and raised cattle and provision crops to feed themselves. Indentured white servants, mostly poor Irish, did the bulk of the labor, but Barbados in the early 1640s was also home to nearly 1,000 enslaved Africans, whom the English had purchased through Dutch merchants. English colonists first embraced slavery in Virginia in 1619, but it was not yet the dominant form of labor in their New World settlements. In Virginia in 1650, for example, the population demographics were nearly identical to that of 1640s Barbados: approximately 30,000 whites and nearly 1,000 enslaved Africans.

During its first twenty years of English occupation, Barbados was not a financial success. Tobacco prices declined as the quantity and quality of the Virginia product surpassed Caribbean exports. French and Spanish indigo dominated European markets, and so the English dye faced stiff competition. In response to these conditions, settlers began to stream away from Barbados in search of new opportunities in places like Virginia and New England.

As Barbados struggled to find its niche in the world in the early 1640s, a few planters began experimenting with the cultivation of sugar cane. The Portuguese in Brazil had already turned sugar cane production into an extremely profitable business, using Dutch merchants to market sugar and sugar by-products to European customers who couldn’t get enough of the sweet stuff. Trying to emulate their neighbors, English planters in Barbados started growing the cane and experimenting with the laborious process of converting it into sugar products. At first the results were not promising. The quantity was too small to be profitable, and the quality of their sugar was inferior to that produced by the Portuguese. Within a few years of experimentation, however, and with the important help of Dutch merchants and Sephardic Jews who bridged the gap between Portuguese, Dutch, and English trade networks, Barbadian planters soon perfected their sugar production techniques.

By the end of the 1640s, Barbados was on the cusp of an explosion of sugar production. Planters had mastered both the cultivation of the cane and the techniques of processing it into sugar, molasses, and rumbullion (rum), alias “kill-divil.” The last step in this expansion was to increase production dramatically, a step that would require a larger labor force. In sixteenth-century Brazil, Portuguese planters created an empire of sugar cane by importing large numbers of enslaved Africans. Around the year 1650, Barbadian planters decided to follow a similar path. Within a decade, the island had been radically transformed. Wealthy planters bought out their less-affluent neighbors to create a smaller number of farms, or plantations, cultivating larger tracts of land. Simultaneously, they purchased large numbers of Africans through Dutch merchants, effectively displacing thousands of poor white laborers. By 1660, the population of Barbados stood at approximately 26,000 whites, a decline of a several thousand people since the early 1640s. Conversely, the number of enslaved people of African descent increased from less than 1,000 people around 1640 to approximately 27,000 in 1660.

The transformation of the Barbadian economy in the mid-1600s was a turning point in that island’s history, but it also had important ramifications for the rest of the Caribbean and mainland North America as well. By investing a large amount of capital into large-scale agricultural ventures that focused on a single crop, combined with an emphasis on the use of forced African labor, Barbadian planters were creating a new mode of capitalism in the English-speaking world. The business of exploitative factory farming, as we might call it, produced incredible profits for a relatively small number of investors, while condemning a disproportionately large number of people to a life of labor and poverty. The Spanish and Portuguese had already embarked down this economic road in South America, of course, but for the English nation this was a bold new step that would have long and painful repercussions.

The rapid economic success of Barbados between the late 1640s and the early 1660s, what we might call the Great Sugar Rush, also created a series of immediate challenges for the small island. The great potential for profits drove planters to clear more land to grow more sugar cane and import ever more Africans to do the work. As a result of these changes, Barbadians found it increasingly difficult to sustain their own population. There were far more mouths to feed, but fewer acres of land dedicated to cattle grazing and the cultivation of provisions like wheat and peas. As forests were cleared to create new cane fields, the island grew increasingly desperate for essential wood products like lumber for houses, shingles for roofs, staves for barrels, and firewood to boil the cane juice into sugar and rum. To maintain the fabulously profitable economic dynamo it had recently created, Barbados desperately needed to expand.

The Barbadian model of sugar production enticed English adventurers to carry the business to the other English possessions in the Caribbean, including Antigua, St. Kitt’s, and Nevis. These were small islands with limited resources, however, so they alone could not satisfy the demand for land, wood products, and provisions. In 1655 England captured the much larger island of Jamaica from the Spanish, a feat that promised much needed relief for the strained Barbadian resources. The Jamaican soil proved to be less fertile than that of Barbados, however, and the island’s extensive mountains provided ample shelter to African slaves seeking to escape a life of bondage. In the late 1600s the Jamaican economy developed a sort of auxiliary of the Barbadian sugar model, but the collective resources of the larger island were not sufficient to solve the smaller island’s lingering challenges.

What Barbados merchants and planters of the early 1660s ideally wanted was a cheap, limitless supply of timber for wood products and land for cattle grazing and planting provision crops. Such needs could only be found on the mainland, perhaps, and England’s long, turbulent era of Civil War, Commonwealth, and Protectorate, 1642–1659, precluded the creation of any new mainland colonies in North America. With the restoration of the English monarchy under Charles II in 1660, however, the leading figures of Barbados saw an opportunity to press the new king for assistance in expanding their respective fortunes. Conversations commenced between Barbadians and their allies in the new English government about potential investments and profit schemes. In the spring of 1663, these private negotiations bore fruit in the Royal charter granted by Charles II to a group of eight investors, styled Lords Proprietors, for the vast and verdant new colony called Carolina. 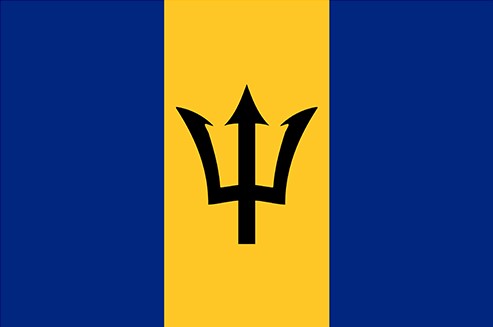 In short, the historical connection between Barbados and Carolina is far deeper than a handful of influential colonists, or an architectural form, or a style of cuisine, or a dialect. Barbados, or more precisely the spirit of late-seventeenth-century Barbados, was encoded in the DNA of Carolina from the moment this colony was conceived. Tune in next week, when we’ll continue this conversation by investigating some of the features of early South Carolina that we can identify as family traits inherited from Barbados.