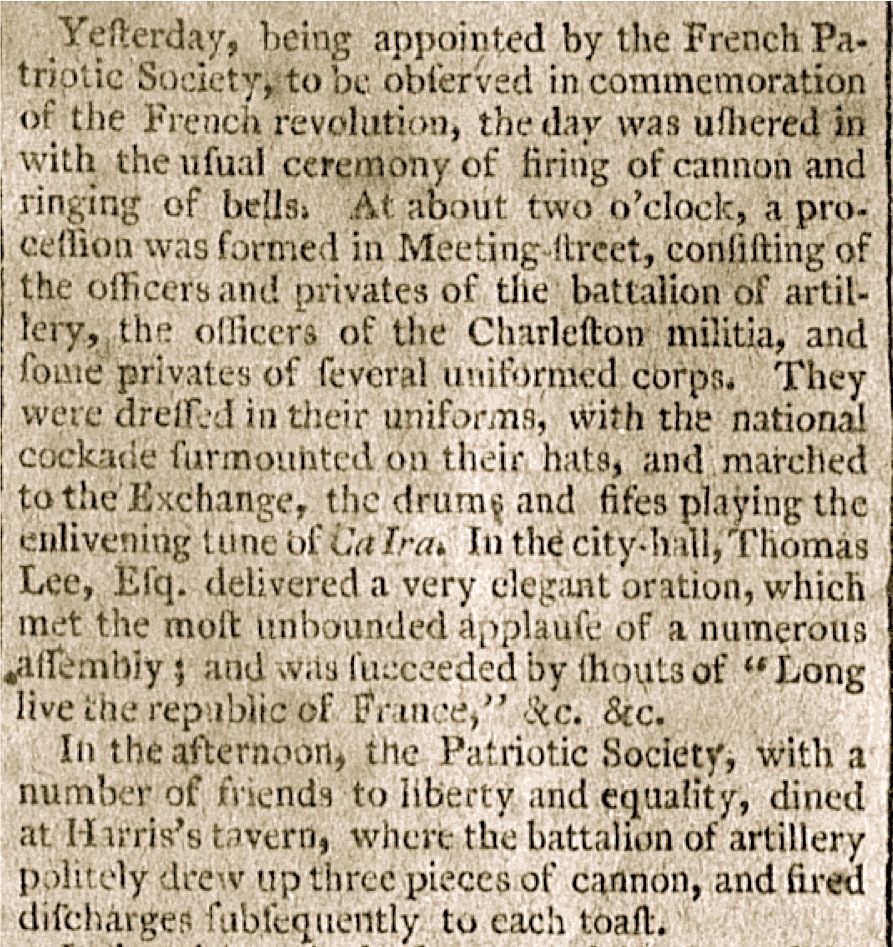 Today we’re going to travel back in Lowcountry history to talk about Bastille Day, which is celebrated on the 14th of July by Francophiles around the world.  I wrote an essay about this topic a couple of years ago, before I launched this podcast series, so I’d like to revisit the topic for the benefit of those who might not have seen the original post.

Come mid-July in Charleston, you can be sure that someone, somewhere in our community is hosting a Bastille Day party, celebrating the day with the usual routine of flying the tricolor flag, singing French patriotic songs, imbibing strong beverages, and launching colorful fireworks.  I’ve even heard some people refer to this practice as a Charleston tradition.  But that’s not exactly an accurate statement.  Yes, it is true that that emigrants from France formed a significant portion of our local population in the early days of South Carolina, and it is indeed a fact that the French military provided invaluable assistance to the United States during our War of Independence with Great Britain.  One can be excused for assuming that our fore-bearers here in Charleston celebrated Bastille Day, and that it’s proper we should continue that tradition in the spirit of liberty, equality, and fraternity.  History tells a different story, however, and it’s worth noting that the anniversary of the French Revolution was not always regarded as a joyous occasion in this city. So, to celebrate, or not to celebrate—that is the question of the day.

The 14th of July marks the anniversary of an important day in the history of France and the French-speaking diaspora around the world. Bastille Day, as it is commonly known, commemorates the day civilian forces stormed and occupied a notorious Parisian prison that held political dissidents.  That event sparked a long series of struggles that evolved into a full-scale national revolution that lasted for several years and toppled the ancient monarchy.

When news of the storming of the Bastille and the spread of revolution arrived here in the autumn of 1789, the citizens of Charleston held high hopes for the beginning of peaceful and substantial government reforms in France.  The success of the American Revolution was still a recent fact, and Charlestonians stood ready to support and encourage our French comrades who helped us shed the yoke of British oppression.  Pro-French sentiment spread throughout South Carolina, embraced by Anglo-Americans and by the descendants of French refugees who fled religious persecution in France in the late 1600s.

In the early years of the 1790s, the 14th of July was celebrated in Charleston with military parades, fireworks, political speeches, and much civic feasting.  Everyone was involved, from our governor and state legislature down to laborers and schoolchildren. Bands routinely played the two tunes most associated with the revolution: “Ça ira“ (loosely translated as “everything’s going to be alright—let’s hang the aristocrats”) and the 1792 hit song that became the French National Anthem, “La Marseillaise.”  A number of citizens here in Charleston formed a Société Patriotique Française, which quickly became the organizing force behind the annual festivities.  When revolutionary leaders in Paris announced the creation of the French Republic in late 1792, the Francophiles of Charleston hosted a series of winter celebrations and fêtes. 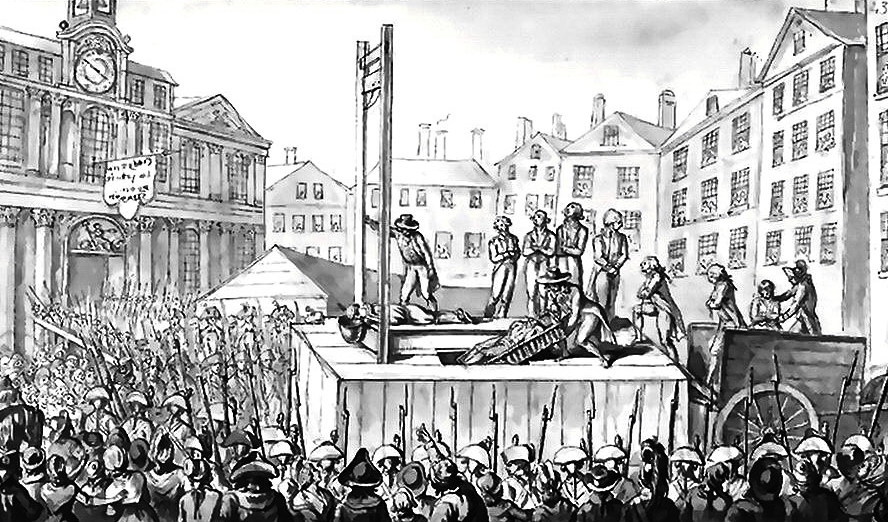 Sentiments began to change in early 1793, however.  On the first day of February the new French Republic declared war on our principal trading partner, Britain, and Charleston’s mercantile community was forced to re-examine their allegiances.  In June of 1793, a simmering slave revolt in the wealthy French colony of Saint-Domingue (Haiti), fueled by Revolutionary ideas, overtook the northern port of Cap Français, causing thousands of French-speaking refugees to flee to the United States.  A stream of hundreds of destitute creole French men and women arrived in Charleston that summer, and the narrative of their plight further undermined the pro-French sentiment in South Carolina.  Nevertheless, the city celebrated Bastille Day 1793 with military parades, fireworks, political speeches, and lots of eating and drinking.

In October 1793, however, Charlestonians read the first reports of the violent turn in the French Revolution, a long period of systematic bloodshed that became known as the Reign of Terror (September 1793 to July 1794).  At the same time in the autumn of 1793, French operatives in Charleston, including the official French consul, Citizen Mangourit, were secretly and illegally trying to solicit assistance in arming privateers to capture British vessels off the coast of South Carolina.  By the early months of 1794, the people of our community were growing weary of stream of violence and chaos associated with the French Revolution.  Governor William Moultrie backpedaled away from visiting French representatives. Then, in spring of 1794, news arrived that rocked the political and economic foundations of South Carolina. 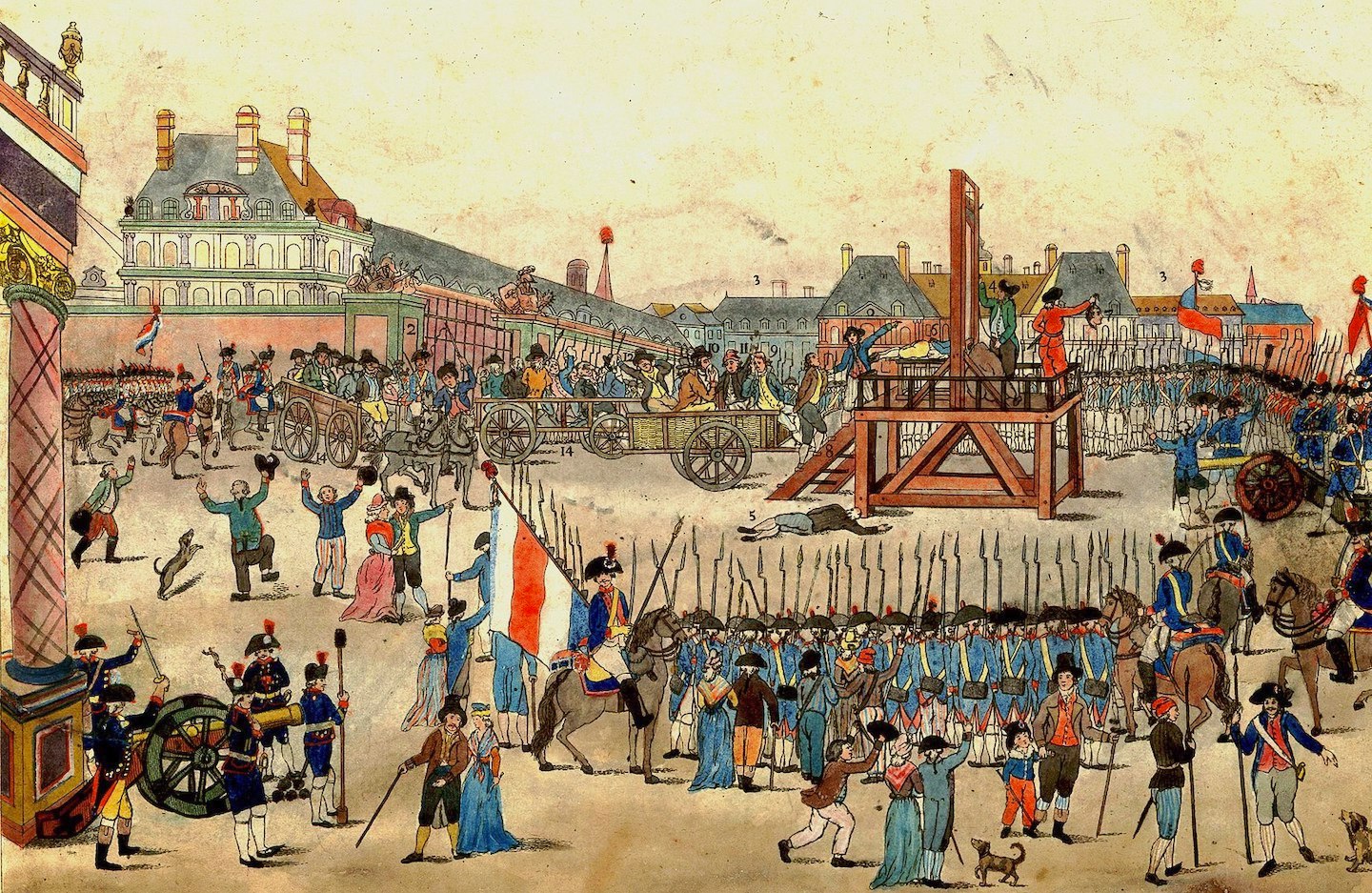 In February 1794, the National Convention of France ratified a law abolishing the institution of slavery throughout its territories, including the French colonies in the New World.  Today we can interpret this act as the logical continuation of the revolutionary spirit that embraced the ideals of liberty, equality, and fraternity.  Back in South Carolina in 1794, however, the majority of the white population was horrified by the news of the French abolition of slavery.  The practice of slavery formed the bedrock of our economy, it shaped the construction of our laws, and it fueled our patronage of culture and the arts.  With hundreds, eventually thousands of French refugees streaming into Charleston and other American ports, the effects of the new French law would soon be felt across the nation.  More specifically, Lowcountry planters feared that the enslaved people of South Carolina would learn of, and become inspired by, the successful slave revolt in Saint-Domingue and the emancipation of French slaves.  In the minds of the white slaveholders in 1794, this situation could lead to violence and bloodshed in our own community. South Carolina’s infatuation with the French Revolution was over, and a tacit campaign began to suppress further news of the abolition of French slaves.

By July 1794, Charleston’s observation of Bastille Day was significantly less enthusiastic.  Our national, state, and city governments had adopted a policy of keeping a polite distance from the official representatives of the French Republic.  At the same time, government officials were actively discouraging the public from causing any harm or insult to our “good friends,” the British.  Diplomatic relations with the French Republic further eroded in 1797, and by 1798 the United States had entered a long period of “Quasi-War” with France.  Anti-French sentiment reached its zenith in February 1799 when Charleston welcomed home Charles Cotesworth Pinckney, who had ably represented the U.S. in Paris during the notorious “XYZ Affair” of 1797–98.  That winter a newly-built fort in Charleston harbor, initially called Fort Pinckney, was officially named in his honor.

In short, the history of enthusiastic Bastille Day celebrations in Charleston encompasses a period just a few years in the first half of the 1790s.  Thereafter French refugees and their supporters living in Charleston became quietly polarized into opposing factions, with once-wealthy planters wishing for a return of the monarchy and radicalized Republicans or Jacobins seeking to carry the Revolution to extremes.  After the modest commemoration of 1795, our local newspapers ceased to even acknowledge the anniversary of the day for many, many years to come.

If you’re looking for further insight into the details of Charleston’s attitudes towards the French Revolution in the 1790s, I would heartily recommend a book by Robert J. Alderson Jr.,  This Bright Era of Happy Revolutions: French Consul Michel-Ange-Bernard Mangourit and International Republicanism in Charleston, 1792–1794 (University of South Carolina Press, 2008).

Now, back to the question of the day:  should we celebrate Bastille Day in Charleston or not?  The documentary record shows that Charleston heartily embraced the holiday for a few short years in the 1790s before rejecting it—one might even say suppressing it—for generations.  Should these facts deter us from marking the occasion on the 14th of July?  A staunch traditionalist might say yes, because our fore-bearers here in Charleston rejected the holiday, and so should we.  But consider this fact: Charlestonians rejected the commemoration of Bastille Day in the late 1790s because of several reasons that have long abated:  the rash actions of a few unscrupulous French agents in town at that time, the sickening, but relatively brief, excesses of the Reign of Terror, and the abolition of slavery in nearby French colonies.  The last of these reasons, the end of French slavery, was perhaps the most powerful deterrent for the white community here in the 1790s, but it has no power today.  In my opinion, I think we should embrace the anniversary of a movement that succeeded in undermining the scourge of slavery, even if Napoleon did reinstate the practice in selected colonies a few years later.

NEXT: The Rise of the Urban Vultures
PREVIOUSLY: How Longitude Lane Got Its Name
See more from Charleston Time Machine