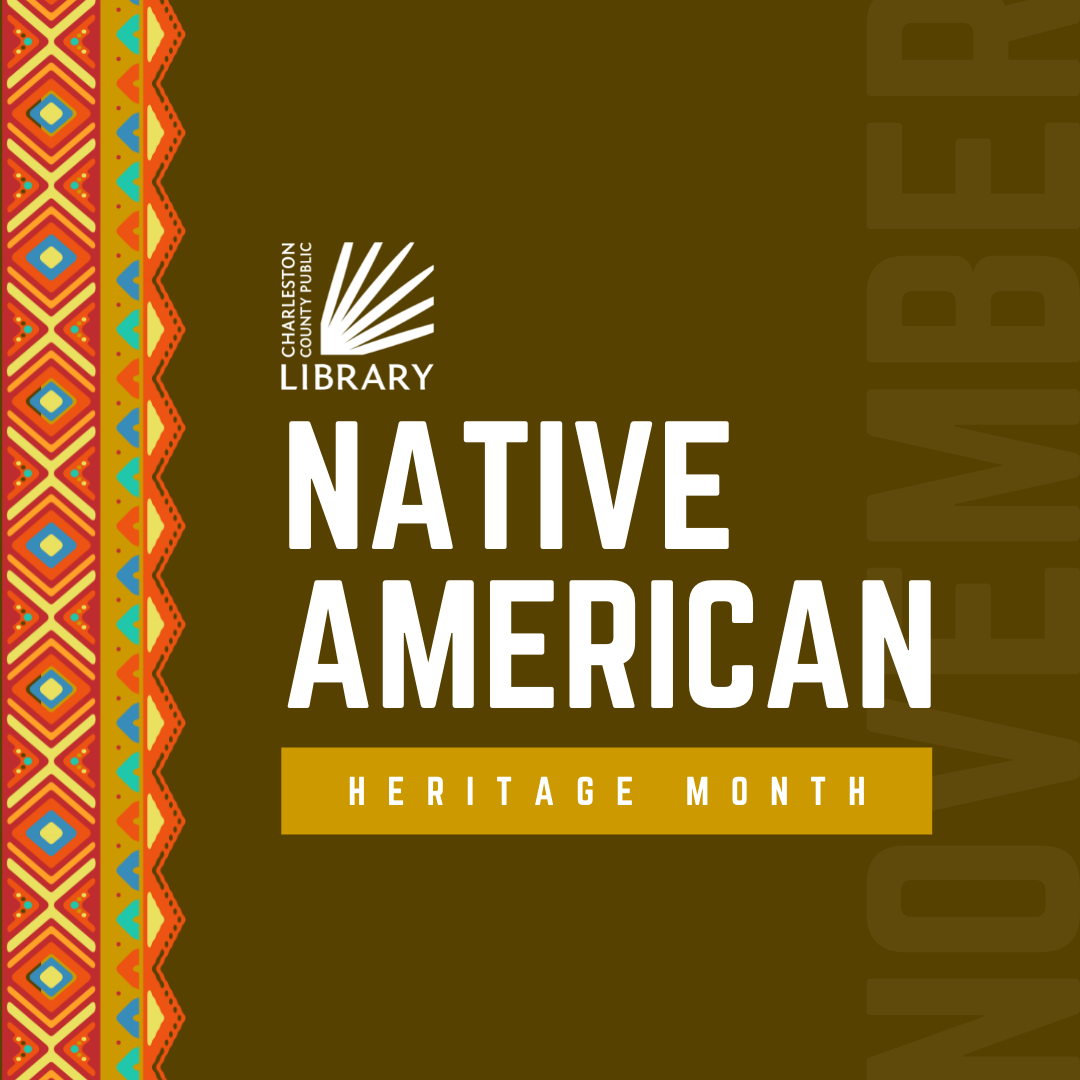 CHARLESTON, S.C. - November is National Native American Heritage Month where we recognize the contributions, achievements and sacrifices of Native American people, the first inhabitants of the United States. It's also a time to celebrate their rich and vibrant culture.

In 1990, President George H.W. Bush approved a joint resolution designating November as “National American Indian Heritage Month.” This marked the beginning of an annual tradition in the United States.

Native Americans have been integral to the development of a unique American culture, and their contributions in areas including agriculture, science and technology, medicine, and government have had worldwide implications. More recently, Native activists have played a major role in the modern environmental justice movement. Their efforts received international attention when members of the Standing Rock Sioux Tribe in North Dakota and their allies actively opposed the completion of the Dakota Access Pipeline.

While mainstream American culture oftentimes depicts Native Americans as relics of the past, only focusing on a handful of notable tribal leaders and historic events, today there are more than four million Native Americans in the United States and nearly 600 sovereign Native nations.

The Charleston County Public Library is hosting programs, showcasing displays (such as the ones pictured below from the Baxter-Patrick James Island Library) and more to celebrate Native Americans and to educate the community about their contributions. Check out the programming calendar for the latest on programming throughout the month. 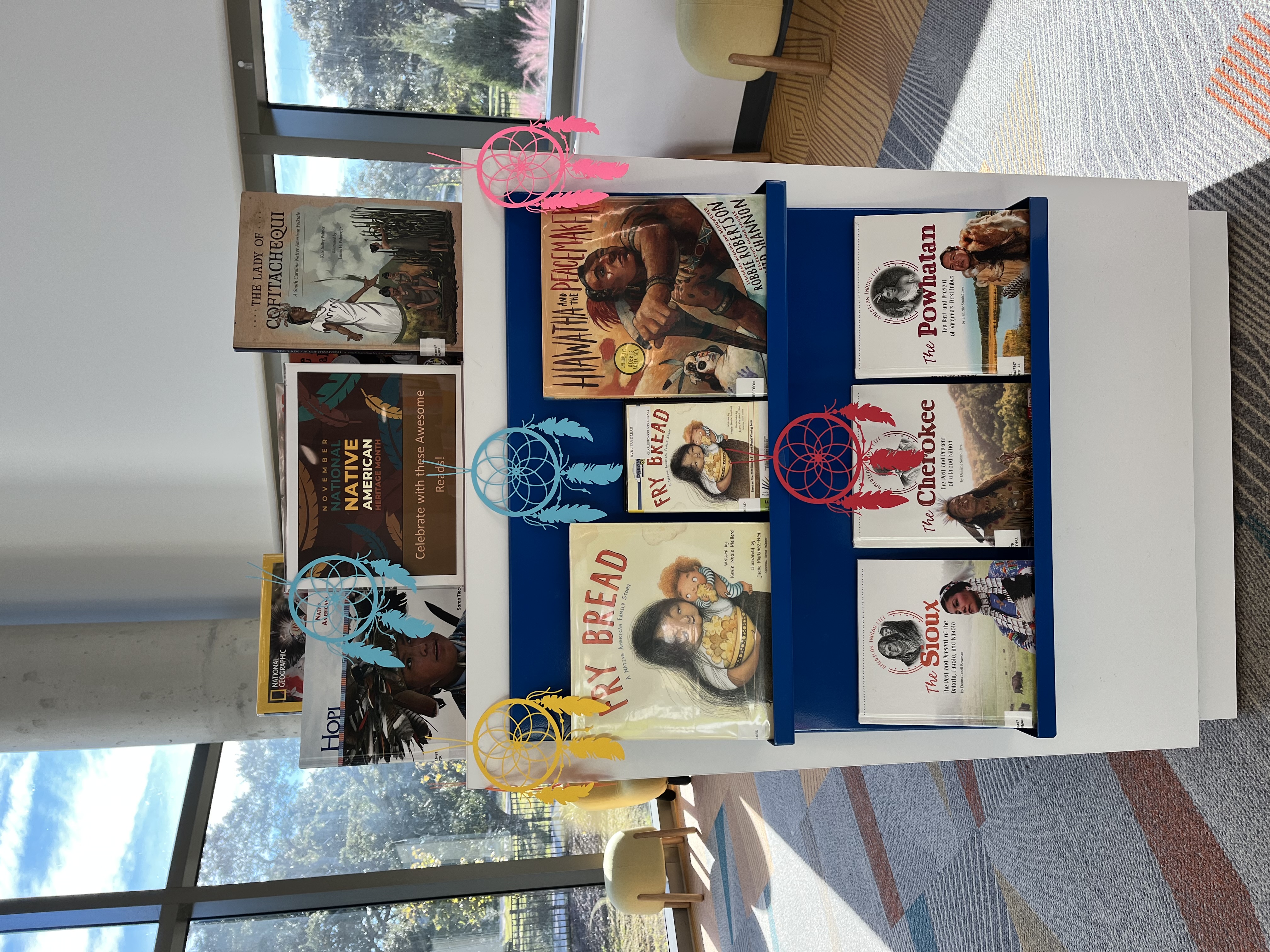 We encourage you to stop by the Main Library to check out a display with a wide range of books by Indigenous authors. The Cynthia Graham Hurd St. Andrews Library has a take and make dream catcher craft for all ages, while supplies last, where you can pickup the supplies and put it together at home.

You can also join the Cookbook Club at Wando Mt. Pleasant Library to discover, share and learn how to prepare savory dishes just in time for the holidays in honor of Native American Heritage Month on Saturday, November 20 from 11 a.m. to 12:30 p.m.

With your library card, you can access digital resources on Hoopla, where you can explore audiobooks, ebooks, music, movies and more. Here you can find a curated list of books about Native American stories and experiences. 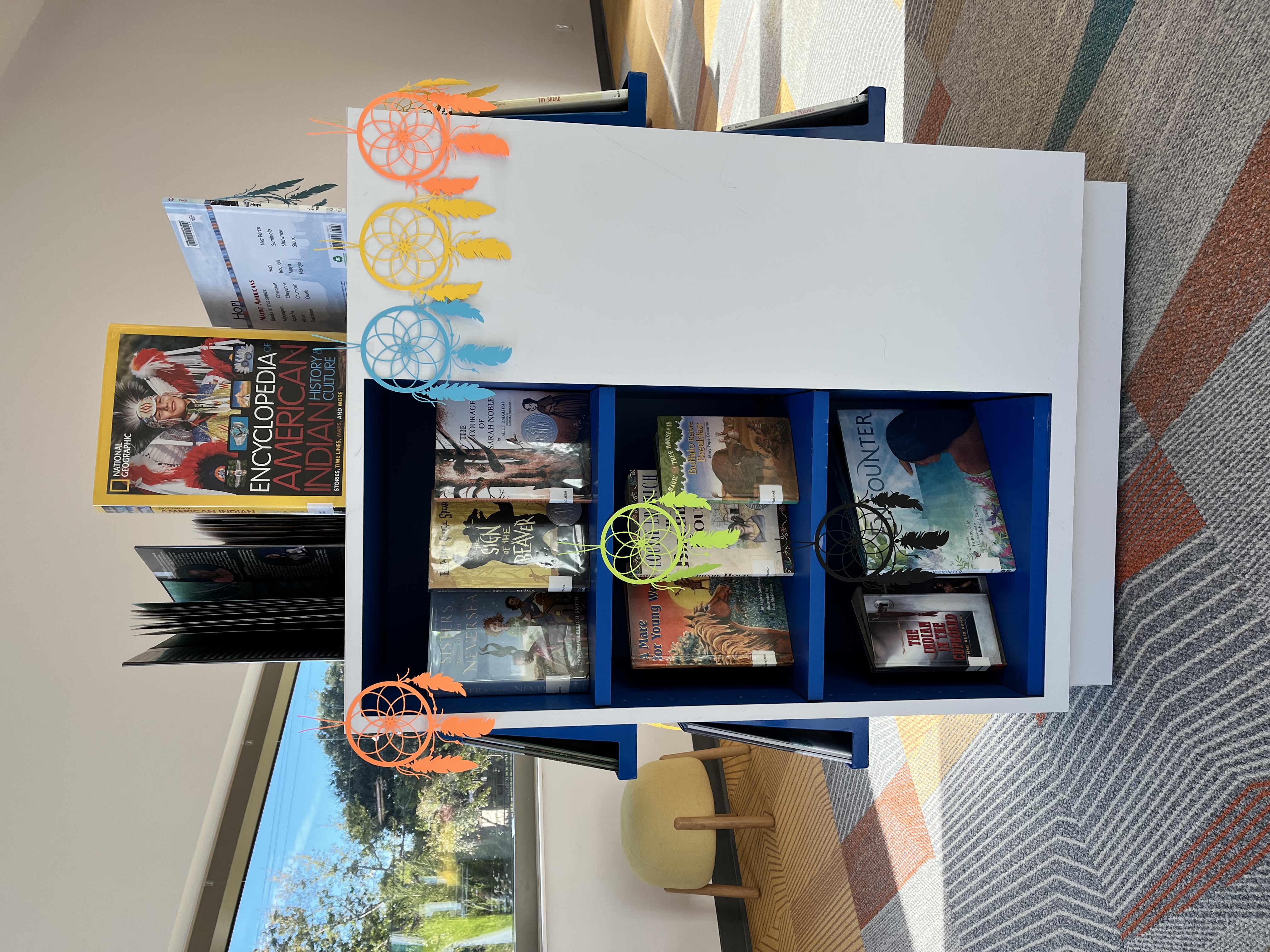 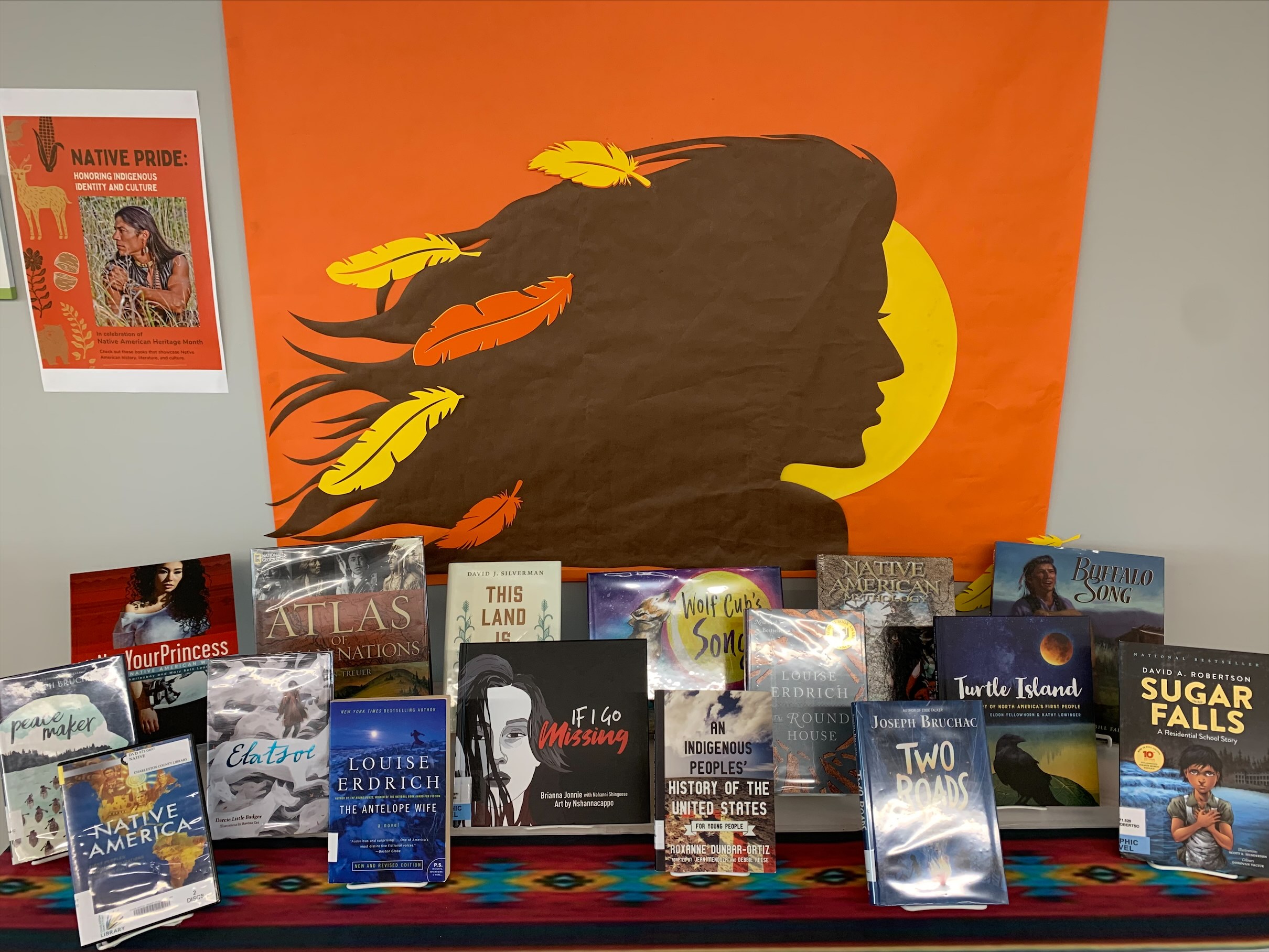