Discovering Manga: An introduction to the genre 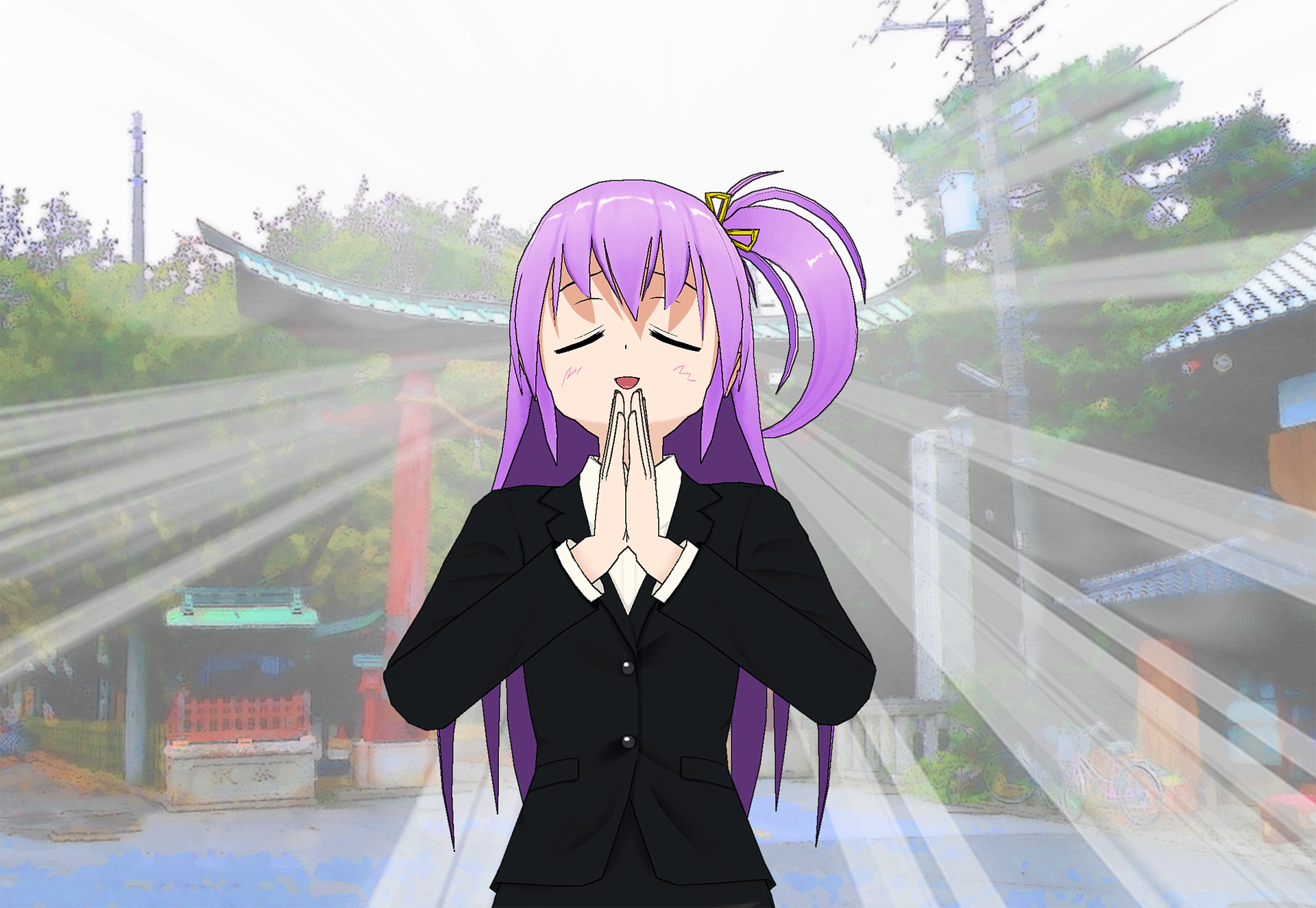 CHARLESTON, S.C. – There are girls with magic powers, flesh-eating ghouls in an alternate reality, robots on a rampage, and plenty more unique and creative stories: manga has some of the best stories in comics. But for a newcomer, getting into the genre can be a daunting task.

First, the books run backwards, reading right to left and back to front from conventional American and European comics. And while there are some storytelling conventions from manga becoming more prevalent in Western comics, some of those conventions might be a little strange, especially for readers who haven’t picked up a comic book in a while.

However, manga tend to be more accessible because they start with a volume 1, end after a finite series run, and – this is big – crossovers are pretty rare. Compare that to the beloved American caped crusader, Batman: there’s Detective Comics, Batman, World’s Finest Comics, Star-Spangled Comics, The Brave and the Bold, The Joker, Batman Family, Man-Bat, The Outsiders, The Adventures of the Outsiders, Legends of the Dark Knight, Batman: Shadow of the Bat, the Batman Adventures, Catwoman, Robin, The Batman Chronicles,… and about 4 dozen other related comics franchises.

For those who want to dive into the world of manga but don’t know where to start, here’s a quick tour around the genres and a list of recommended series with one of CCPL’s manga mavens, Gabbi Pace, who works in the Teen Lounge at the Main Library.

If you want to get a taste of anime and manga with Gabbi, don’t miss Anime Night for teens in grades 6-12. The first meeting is June 19 at 6 p.m. – and there will be snacks! The meetings are monthly, which means a novice manga reader will have regular opportunities to get new recommendations and hang out with other enthusiasts.

So, where do you start?

No matter your interests, there’s something for you. If you’re into romantic comedies set in high school, there are multiple titles that will appeal. You love the high fantasy epic sagas? Bring a reinforced pack to carry all the books Gabbi pulls off the shelf for you.

Manga is loosely categorized by audience first, and then genre. So something like Yoshiki Nakamura’s Skip-Beat! is a shojo (aimed at tween and teen girls) in the romance sub-genre. Or if you were looking for a manga featuring a young boy, or shonen, with a superhero story, you might pick up My Hero Academia.

But Gabbi says it’s important to point out that just because something is labeled as shonen or shojo doesn’t mean the stories aren’t interesting to other people.

“I think rather than presenting them as ‘these are girl books and these are boy books,’ it’s more about this is who [the book] stars and this is who it’s aimed for and the reader can choose,” she said. “A ton of girls read shonen and a ton of boys read shojo because they’re all generally a lot of fun action.”

Let’s jump into those types.

Books classified as shonen, meaning they’re targeted as tween and teen boys, generally feature a lot of action, comedy, and coming of age tales of friendship between the characters. Chances are, even the most casual observer of Japanese comics and anime will recognize some of the titles, including Naturo, Bleach, Dragon Ball, Fullmetal Alchemist, and Fairy Tail.

"Cells At Work is newer and really popular. It's like a buddy cop movie, but it was about everything that went on inside you. The buddy cop was a white blood cell and a red blood cell trying to find a virus," she added.

Take a glance of some of the covers in our collection and you’ll spot a trend. There are a lot of images of male protagonists in an action pose.

Then there's the shojo manga, generally targeted at tweet and teen girls (but still perfect for boys).

For most shonen, readers will find less action and more of a focus on emotion, drama, and a romance story. Like shonen, shojo stories often have a coming of age story for a young, generally female, protagonist.

How do you pick a shojo manga out of a line-up? The key is in the bright pink coloring, flowers, and other cute images. The obvious, and probably best known example is Sailor Moon. But for a twist on the genre, check out Yona of the Dawn. The covers are loaded with pinks and flowers -- and swords. It's the tale of a princess who witnesses her own father's murder.

But cover design is not a hard and fast rule. Just take a look at the covers for the Anonymous Noise series. It's a lovesick teen drama, but the cover art plays with a wide color palette and features some pretty cool guitars.

That's really important to consider, too. Shojo aren't just cute stories, and readers will find the series will vary greatly from one to the next. From two teen girls navigating the world of friendship, romance, and drugs on their way to living out their dreams in something like Nana, to the truly mystical Cardcaptor Sakura about a 10-year-old girl with magical powers who has to save her city from monsters, there really is something for everyone.

Gabbi says the blending of genres is why trying to apply some newer titles to the classic manga types doesn't really work. Gabbi says she's wary of just classifying titles as strictly shonen or shojo is because many newer titles feature both male and female protagonists. "It's just an action-adventure that would appeal to anybody," she said.

Take a look at some title suggestions from Gabbi to get you started in shojo:

Much like shonen, the stories in seinen usually feature a lot of action and violence, but the themes are more serious and the tone is darker. They also tend to have a lot more adult content, including curse words, graphic violence, or sexual situations.

Think of it like this: stories in shonen manga typically star a protagonist with an innocent and idealized view of the world whereas seinen protagonists are in a world that's darker and more complex, and sometimes the hero doesn't prevail in his quest. If shonen are Archie comics, seinen are Batman.

Akira is probably the most recognizable seinen title and has been adapted to a wildly popular anime series that fueled the West's interest in Japanese anime. It's set in the post-apocalyptic future city of Neo-Tokyo where the lives of two friends begin to change when paranormal abilities begin to waken in one of them and a shadowy quasi-government agency makes them a target.

There's also Berserk, a high fantasy series somewhat based in old European myths, that's been in production since 1989. It follows Guts, a wandering mercenary who has known war and death since he was born from a hanged corpse and saved by his adopted mother, who died from the plague when he was only three years old. The series has sold tens of millions of copies worldwide.

Here are some examples from our collection:

Josei stories, targeted at adult women, usually go more in depth when exploring romance and relationships between characters, and the stories are deeper than the shojo stories for younger girls. A good way to think of many josei manga is to compare them to American romance novels: there are some sexually explicit scenes that range from PG-13 to nearly X-rated.

Unlike most shojo manga, josei tend to feature male and female lead characters and their romantic relationships with each other and other characters in the stories.

The most popular titles in this group include "Paradise Kiss," "Honey and Clover," and "Midnight Secretary."

Gabbi pointed out during research for this beginner's guide that josei and seinen manga are not as popular as their counterparts in shonen and shojo. She says that's because most adults like her who grew up watching anime and reading manga have a bond with so many of the shonen and shojo titles -- many of which are still in active publication -- their attraction for readers of any age is still really strong. However, if you find yourself interested in exploring seinen and josei manga, check out Anime for Adults held at our John's Island Branch once a month, and spend some time with Tama Howard, who runs the event.

What else should you know?

As Gabbi pointed out, just because there are different types of manga  geared toward different age groups doesn't mean an adult won't enjoy something targeted toward and tween or teen. What matters is the reader's personal preferences and their reading maturity.

Many of the titles shared throughout this article cross the divides of gender and age.

However, this also serves as a warning for uninitiated parents who like to keep track of what their child is reading and consider all manga to be something for children or teens. That could lead to accidentally picking up a manga that's more explicit and contains more explicit themes than they might want their children reading. That's why Gabbi says it's important to check the rating on the back cover. "All manga is rated on the back, like a movie or video game. And the classifications on most books identify a maturity level: younger teen, older teen, adult," she said.

It’s probably clear by now that manga sub-genres are really diverse, whether it’s action, adventure, romance, serious, or silly, a cornerstone of the genre is over-exaggeration. Gabbi says that’s why what’s known as fan service is something to keep in mind, especially for younger readers and their parents.

“Japanese humor isn’t always great,” she said, “especially when it comes to the objectification of young girls.”

She recalled one of the first manga she read, a “magical girl” story which is an extremely popular topic for the genre, in which the female characters all have hyper-developed bodies despite being tweens or early teens.

Fan service serves no purpose in driving the plot or developing the characters, it’s literally what it says: it’s there just to make the fans happy. Some series feature an over-abundance of fan service, which means it probably shouldn’t be read by young children.

While a discussion of manga in all its many forms could go on for thousands upon thousands of words, this is meant as a little introduction to the genre, whether you’re a young adult looking to branch out, a parent trying to understand their child’s reading interests, or an adult looking to go in a new direction. So this is far from comprehensive, but hopefully it will get newcomers into the genre and exploring new types of stories, genres, and themes you’ve never experienced.

Most importantly, when it doubt do research. A librarian with a knowledge of manga is never that far away and can help guide a search for titles or genres.