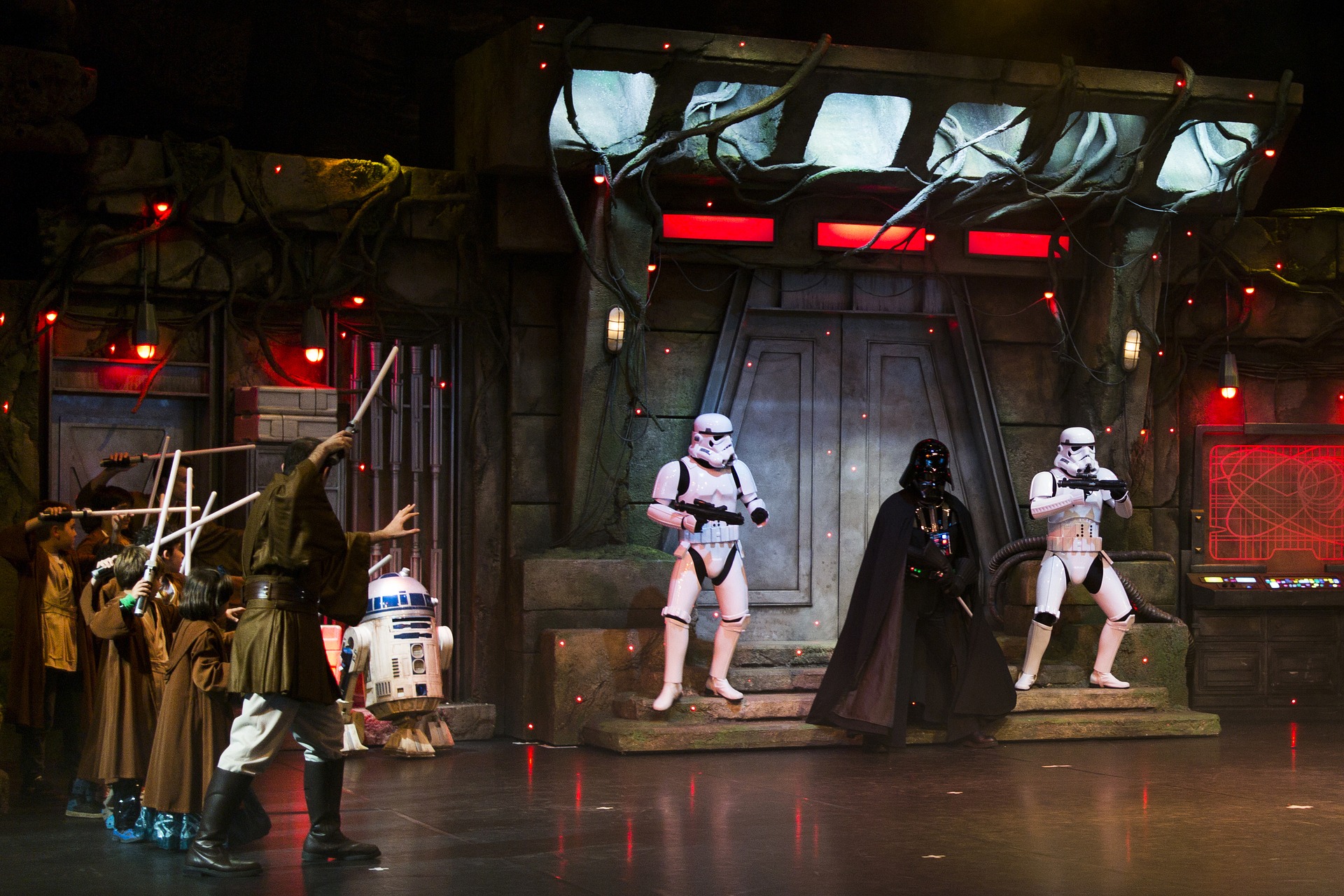 CHARLESTON, S.C. - There are hundreds of ebooks, graphics novels, audiobooks, and soundtracks available of OverDrive and hoopla to help you celebrate Star Wars Day. We've put together a list of some of our favorites.

Hoopla and OverDrive offer many Star Wars items for you and your children to enjoy, from picture book read-alongs to larger chapter books and even music. They also offer junior novels and graphic novel adaptations of the Star Wars movies, a great way to get your grade school readers and comic book fans into the story.

There are also a variety of chapter book series in the Star Wars Universe for children to enjoy.

You can even enjoy the music of the first season of The Mandalorian, or enjoy new arrangements of classic Star Wars music by John Williams.

Already read these? Want to see what else is available? Here's a look at every Star Wars title on hoopla. And here's everything Star Wars on OverDrive.

Many years have passed since the Rebel Alliance was victorious over the evil Empire, and the galaxy has been at peace. But a new darkness is rising, and now the brave men and women of the Resistance must stand against Kylo Ren and the villainous First Order.

Read along with Star Wars! Rathtars, rancors, purrgil, and porgs, tookas, tauntauns, wampas, and gorgs. The animals of Star Wars are oh so unique — like pigs that puff up or the three-horned reek. Think you can name every creature? Come along and let this book be your teacher!

Roan dreams of attending Pilot Academy like his older brother, father and grandfather before him. But things take an unexpected turn, as he is mysteriously denied a place at the school and invited to attend the Jedi Academy instead. Usually the Academy trains children from just a few years old, but they make an exception for this young boy from Tattooine.

In the Star Wars Jedi Academy books, we meet several of the young jedi-in-training. Books 1-3 follow Roan, his crush Gaiana and their other friends. In books 4-6 we have a new hero, Victor Sparspeeder  - Victor is a troublemaker who is constantly landing in detention, supervised by none other than Master Yoda.

Meet The Heroes by Various Authors

In this funny, uncannily wise portrait of the dynamics of a sixth-grade class and of the greatness that sometimes comes in unlikely packages, Dwight, a loser, talks to his classmates via an origami finger puppet of Yoda.

The story continues in the blockbuster bestselling Origami Yoda series, written by Tom Angleberger, author of Star Wars: Return of the Jedi: Beware the Power of the Dark Side, and hailed by School Library Journal as "honest, funny, and immensely entertaining."

Faithfully capturing the galaxy-spanning action of The Force Awakens, join Rey, Finn, BB-8, Kylo Ren, and all your favorite characters, new and old, on the adventure of a lifetime!

A New Hope by Ryder Windham

A long time ago in a galaxy far, far away... A young Jedi is discovered. A rebellion grows. A deadly weapon unleashes its power. A master confronts his old apprentice. The journey begins a new chapter.

Fans have long wondered what happened to Ahsoka after she left the Jedi Order near the end of the Clone Wars, and before she re-appeared as the mysterious Rebel operative Fulcrum in Rebels. Finally, her story will begin to be told. Following her experiences with the Jedi and the devastation of Order 66, Ahsoka is unsure she can be part of a larger whole ever again. But her desire to fight the evils of the Empire and protect those who need it will lead her right to Bail Organa, and the Rebel Alliance.

Izzy and Jules were best friends until Izzy's family abruptly left Batuu when she was six. But now she's back, and Jules, the boy who never left, is unsure what to make of her. While on the run from vengeful smugglers and an angry pirate, Jules and Izzy will come to terms with who they are, and what they mean to each other.