Game of Thrones ending got you down? Check out this book list of amazing endings 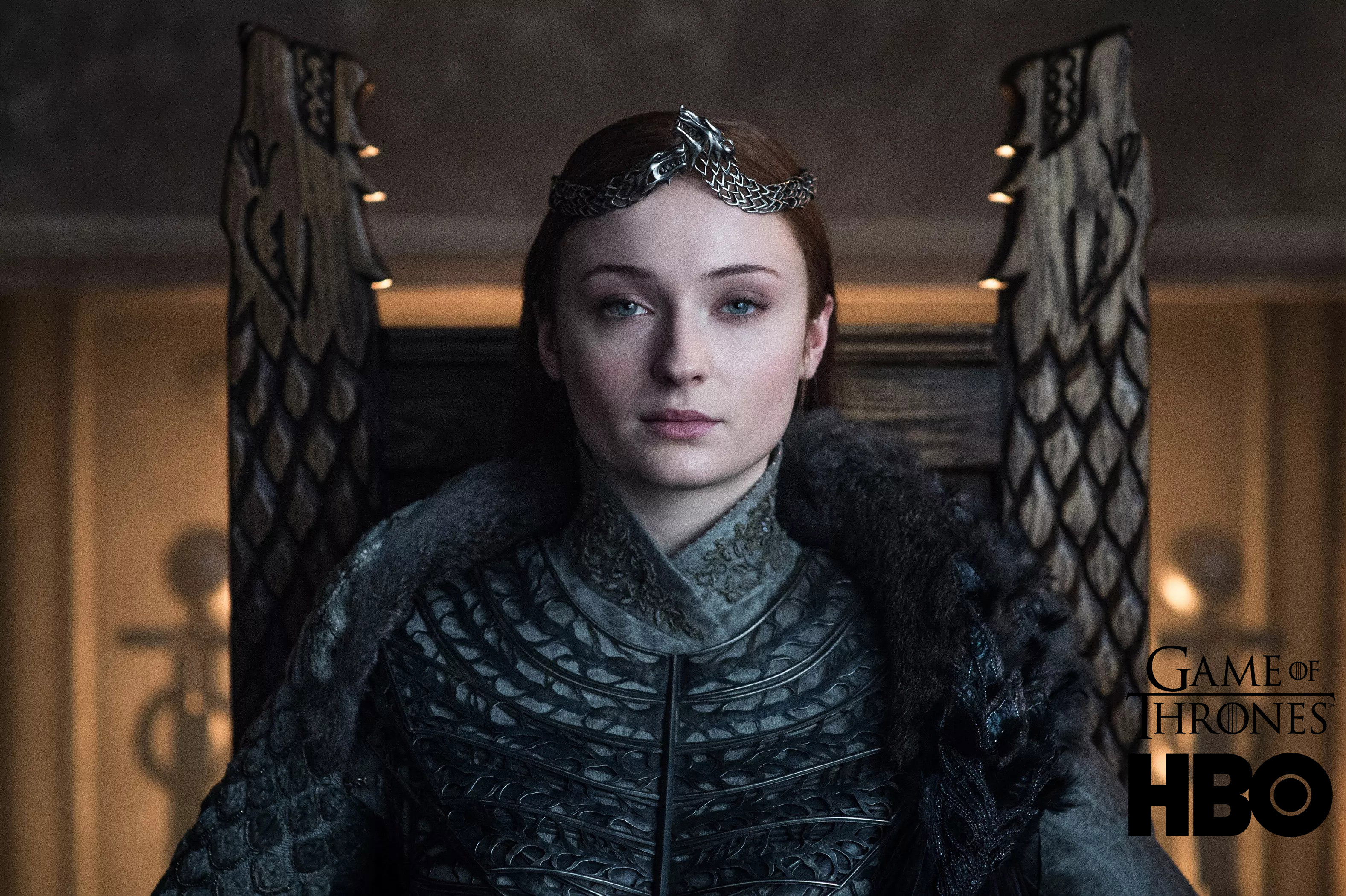 CHARLESTON - Now that Game of Thrones is done and the criticisms of the final season – and that final episode – are hitting peak form with epic memes and hilarious tweets. For eight seasons, Sunday nights on social media have been focused on what’s happening in Westeros.

All the anticipation seemed to trigger some major letdowns for a lot of fans.

Tyrion: “No one is really happy.”
All of us watching: “NO KIDDING.”#GameOfThrones

It's almost like no one remembers the way Battlestar Galactica, How I Met Your Mother, or LOST ended – or really anything after the first season of Heroes.

But the stream of tweets expressing disappointment didn’t stop some people from jumping on that finale bandwagon to see how it ends. Of course, those watch parties were fairly predictable…

everyone watching the game of thrones finale who has never watched the show before pic.twitter.com/Eg2OU3b4kd

But if your Westeros hangover has you feeling like you went drink for drink with Tormund after the Battle of Winterfell, and there’s an empty spot in your soul from the anticlimactic final season, we have the fix: a reading list full of books and series with outstanding endings.

Our advice: Check out one. Then another. And another after that. Pretty soon you will have not only pushed the GoT ending out of mind, but you’ll have racked up enough points for some great prizes during our Summer Reading program that starts June 8.

You’re just a couple clicks from placing your hold on a great story with an amazing ending.

One Hundred Years of Solitude by Gabriel García Márquez

One Hundred Years of Solitude is the story of seven generations of the Buendía Family in the town of Macondo. The founding patriarch of Macondo, José Arcadio Buendía, and Úrsula Iguarán, his wife (and first cousin), leave Riohacha, Colombia, after Arcadio kills Prudencio Aguilar after a cockfight for suggesting Arcadio was impotent. One night of their emigration journey, while camping on a riverbank, Arcadio dreams of "Macondo", a city of mirrors that reflected the world in and about it. Upon awakening, he decides to establish Macondo at the riverside; after days of wandering the jungle, his founding of Macondo is utopic.

Inventive, amusing, magnetic, sad, and alive with unforgettable men and women--brimming with truth, compassion, and a lyrical magic that strikes the soul--this novel is a masterpiece in the art of fiction.

The Red Tent by Anita Diamant

Her name is Dinah. In the Bible, her life is only hinted at in a brief and violent detour within the more familiar chapters of the Book of Genesis. In the New York Times bestseller,The Red Tent, Anita Diamant brings this fascinating biblical character to vivid life.

Told in Dinah's voice, the novel reveals the traditions and turmoils of ancient womanhood-the world of the red tent. It begins with the story of Dinah's mothers-Leah, Rachel, Zilpah, and Bilhah-the four wives of Jacob. They love Dinah and give her gifts that sustain her through a hard-working youth, a calling to midwifery, and a new home in a foreign land. Dinah's story reaches out from a remarkable period of early history and creates an intimate connection with the past.

To five-year-old-Jack, Room is the world. . . . It's where he was born, it's where he and his Ma eat and sleep and play and learn. At night, his Ma shuts him safely in the wardrobe, where he is meant to be asleep when Old Nick visits.

Room is home to Jack, but to Ma it's the prison where she has been held for seven years. Through her fierce love for her son, she has created a life for him in this eleven-by-eleven-foot space. But with Jack's curiosity building alongside her own desperation, she knows that Room cannot contain either much longer.

Room is a tale at once shocking, riveting, exhilarating--a story of unconquerable love in harrowing circumstances, and of the diamond-hard bond between a mother and her child.

When sixteen-year-old Tessa Gray crosses the ocean to find her brother, her destination is England, the time is the reign of Queen Victoria, and something terrifying is waiting for her in London's Downworld, where vampires, warlocks and other supernatural folk stalk the gaslit streets. Only the Shadowhunters, warriors dedicated to ridding the world of demons, keep order amidst the chaos.

Kidnapped by the mysterious Dark Sisters, members of a secret organization called The Pandemonium Club, Tessa soon learns that she herself is a Downworlder with a rare ability: the power to transform, at will, into another person. What's more, the Magister, the shadowy figure who runs the Club, will stop at nothing to claim Tessa's power for his own.

Friendless and hunted, Tessa takes refuge with the Shadowhunters of the London Institute, who swear to find her brother if she will use her power to help them. She soon finds herself fascinated by--and torn between--two best friends: James, whose fragile beauty hides a deadly secret, and blue-eyed Will, whose caustic wit and volatile moods keep everyone in his life at arm's length . . . everyone, that is, but Tessa. As their search draws them deep into the heart of an arcane plot that threatens to destroy the Shadowhunters, Tessa realizes that she may need to choose between saving her brother and helping her new friends save the world. . . . and that love may be the most dangerous magic of all.

Around the world, black handprints are appearing on doorways, scorched there by winged strangers who have crept through a slit in the sky. In a dark and dusty shop, a devil's supply of human teeth grown dangerously low. And in the tangled lanes of Prague, a young art student is about to be caught up in a brutal otherwordly war.

Meet Karou. She fills her sketchbooks with monsters that may or may not be real; she's prone to disappearing on mysterious "errands"; she speaks many languages--not all of them human; and her bright blue hair actually grows out of her head that color. Who is she? That is the question that haunts her, and she's about to find out.

When one of the strangers--beautiful, haunted Akiva--fixes his fire-colored eyes on her in an alley in Marrakesh, the result is blood and starlight, secrets unveiled, and a star-crossed love whose roots drink deep of a violent past. But will Karou live to regret learning the truth about herself?

Introducing one of the most famous characters in literature, Jean Valjean--the noble peasant imprisoned for stealing a loaf of bread--Les Misérables ranks among the greatest novels of all time. In it, Victor Hugo takes readers deep into the Parisian underworld, immerses them in a battle between good and evil, and carries them to the barricades during the uprising of 1832 with a breathtaking realism that is unsurpassed in modern prose.

Within his dramatic story are themes that capture the intellect and the emotions: crime and punishment, the relentless persecution of Valjean by Inspector Javert, the desperation of the prostitute Fantine, the amorality of the rogue Thénardier, and the universal desire to escape the prisons of our own minds. Les Misérables gave Victor Hugo a canvas upon which he portrayed his criticism of the French political and judicial systems, but the portrait that resulted is larger than life, epic in scope--an extravagant spectacle that dazzles the senses even as it touches the heart.

"Last night I dreamt I went to Manderly again."

With these words, the reader is ushered into an isolated gray stone mansion on the windswept Cornish coast, as the second Mrs. Maxim de Winter recalls the chilling events that transpired as she began her new life as the young bride of a husband she barely knew. For in every corner of every room were phantoms of a time dead but not forgotten--a past devotedly preserved by the sinister housekeeper, Mrs. Danvers: a suite immaculate and untouched, clothing laid out and ready to be worn, but not by any of the great house's current occupants. With an eerie presentiment of evil tightening her heart, the second Mrs. de Winter walked in the shadow of her mysterious predecessor, determined to uncover the darkest secrets and shattering truths about Maxim's first wife--the late and hauntingly beautiful Rebecca.

This special edition of Rebecca includes excerpts from Daphne du Maurier's The Rebecca Notebook and Other Memories, an essay on the real Manderley, du Maurier's original epilogue to the book, and more.

The man he knew as "Control" is dead, and the young Turks who forced him out now run the Circus. But George Smiley isn't quite ready for retirement--especially when a pretty, would-be defector surfaces with a shocking accusation: a Soviet mole has penetrated the highest level of British Intelligence. Relying only on his wits and a small, loyal cadre, Smiley recognizes the hand of Karla--his Moscow Centre nemesis--and sets a trap to catch the traitor.

What's the point in solving murders if we're all going to die soon, anyway? Detective Hank Palace has faced this question ever since asteroid 2011GV1 hovered into view. There's no chance left. No hope. Just six precious months until impact.

The Last Policeman "presents a fascinating portrait of a pre-apocalyptic United States. The economy spirals downward while crops rot in the fields. Churches and synagogues are packed. People all over the world are walking off the job--but not Hank Palace. He's investigating a death by hanging in a city that sees a dozen suicides every week--except this one feels suspicious, and Palace is the only cop who cares.

The first in a trilogy, "The Last Policeman "offers a mystery set on the brink of an apocalypse. As Palace's investigation plays out under the shadow of 2011GV1, we're confronted by hard questions way beyond "whodunit." "What basis does civilization rest upon? What is life worth? What would any of us""do, what would we "really "do, if our days were numbered?"

Oryx and Crake by Margaret Atwood

The narrator of Atwood's riveting novel calls himself Snowman. When the story opens, he is sleeping in a tree, wearing an old bedsheet, mourning the loss of his beloved Oryx and his best friend Crake, and slowly starving to death. He searches for supplies in a wasteland where insects proliferate and pigoons and wolvogs ravage the pleeblands, where ordinary people once lived, and the Compounds that sheltered the extraordinary. As he tries to piece together what has taken place, the narrative shifts to decades earlier. How did everything fall apart so quickly? Why is he left with nothing but his haunting memories? Alone except for the green-eyed Children of Crake, who think of him as a kind of monster, he explores the answers to these questions in the double journey he takes - into his own past, and back to Crake's high-tech bubble-dome, where the Paradice Project unfolded and the world came to grief.

With breathtaking command of her shocking material, and with her customary sharp wit and dark humour, Atwood projects us into an outlandish yet wholly believable realm populated by characters who will continue to inhabit our dreams long after the last chapter. This is Margaret Atwood at the absolute peak of her powers.