Home away from home during war: See a WWI menu in South Carolina 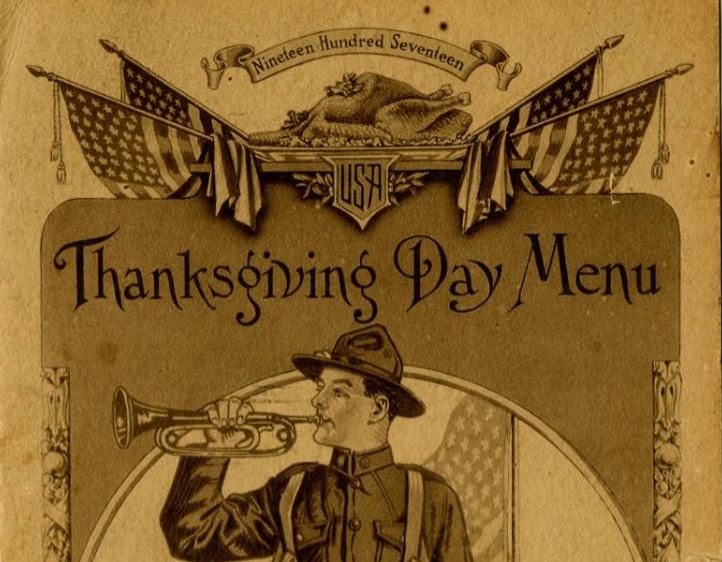 CHARLESTON, S.C. - During the Civil War, President Abraham Lincoln issued a proclamation declaring the third Thursday in November to be a "day of thanksgiving and praise."

From its start in 1863, Thanksgiving has always held a special meaning to those who served in the Armed Forces. Spending a family-focused holiday away from home is difficult, and the Thanksgiving meal on base and at sea help bring together troops and ward off the feelings of homesickness.

As a result, there are a number of Thanksgiving Day menus in library archives around the country, including a meal for the troops station in South Carolina. The troops of Company C in the 107th Infantry at Camp Wadworth in Spartaburg, South Carolina, in 1917, were treated to a traditional Thanksgiving spread -- just like their families at home.

Take a look at the menu, currently in the digital archives at the Spartanburg County Public Libraries: 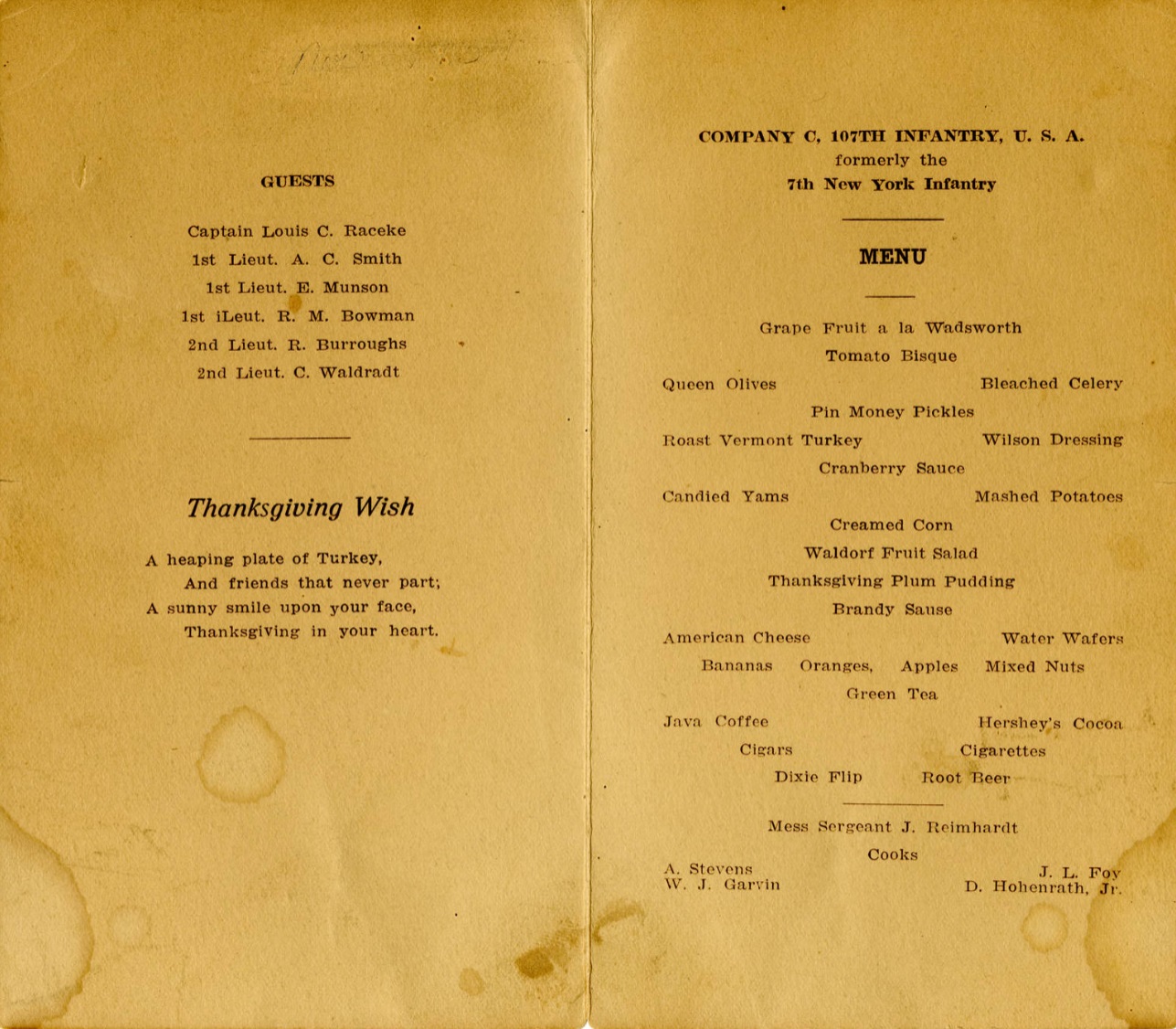 The meal, according to the menu, was prepared by Mess Sgt. J. Reimhardt and cookes A. Stevens, WJ Garvin, JL Foy, and D. Hohenrath, Jr.