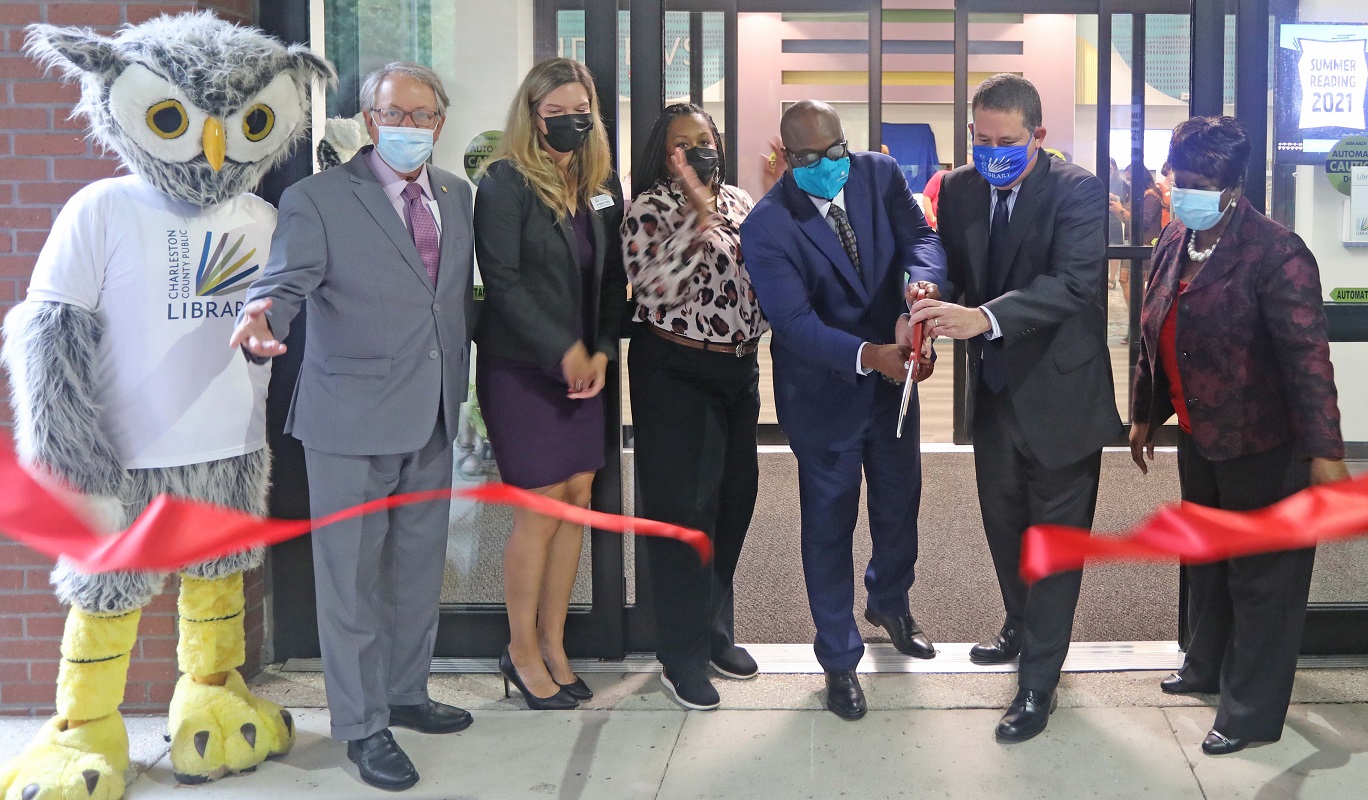 CHARLESTON, S.C. – The newly renovated Cynthia Graham Hurd/St. Andrews Library, located at 1735 N. Woodmere Drive, is now open to the public. CCPL held a grand reopening ceremony and ribbon cutting to welcome back the public. The branch has been under construction since August 2020.

"Opening branches never gets old, it's just so exciting to see the community," said CCPL Executive Director Angela Craig.  "Every time we open a branch it is a brand-new experience for that community. The energy of opening those doors and having patrons come in who weren't able to access their favorite branch for over a year is just so wonderful. I think it's a homecoming for the patrons and for the staff."

The Cynthia Graham Hurd/St. Andrews Library is named in honor of long-time CCPL librarian Cynthia Graham Hurd who was tragically killed in the Mother Emanuel AME Church shooting in 2015. Her brothers, Malcolm and Melvin Graham re-dedicated her portrait at the reopening. It was on display at the branch prior to renovations.

"It was such an honor to walk in the building and see her name and lights, Cynthia Graham Hurd St. Andrews Library, understanding the passion she has for library and library in science and the 31 years that she stayed here working with the Charleston County library," Malcolm said. "To see the name, to see the building, to see the space that's renewed, the colors, the children's room, ect. It's just really a great day."

The branch is part of the ongoing $108.5 million referendum-funded project passed by Charleston County voters in 2014 to build five new libraries and renovate all existing branches. Updates include:

"Cynthia worked with us for 31 years and she was known as a mentor and friend" Craig said. "When you're with an organization that long that's not really a job, it's a family and that's what I've heard over and over again from her own family, the Grahams, is that Cynthia thought of the library as her family and that's such an honor and a privilege to carry that mindset on here."

The Otranto Road Library, which opened on Aug. 2, was the first renovated branch to reopen its doors to the public, followed by the John’s Island Library on Aug. 23. Two other CCPL branches – Mt. Pleasant and Dorchester Road– are currently closed for renovations and are expected to reopen in 2022. Designs for the renovations were created by McMillan Pazdan Smith (MPS), with MB Kahn handling construction.

For more information about this library branch and updates on the construction of the other facilities, please visit ccpl.org/construction.