Top 10: Check out the most downloaded titles at CCPL in 2021 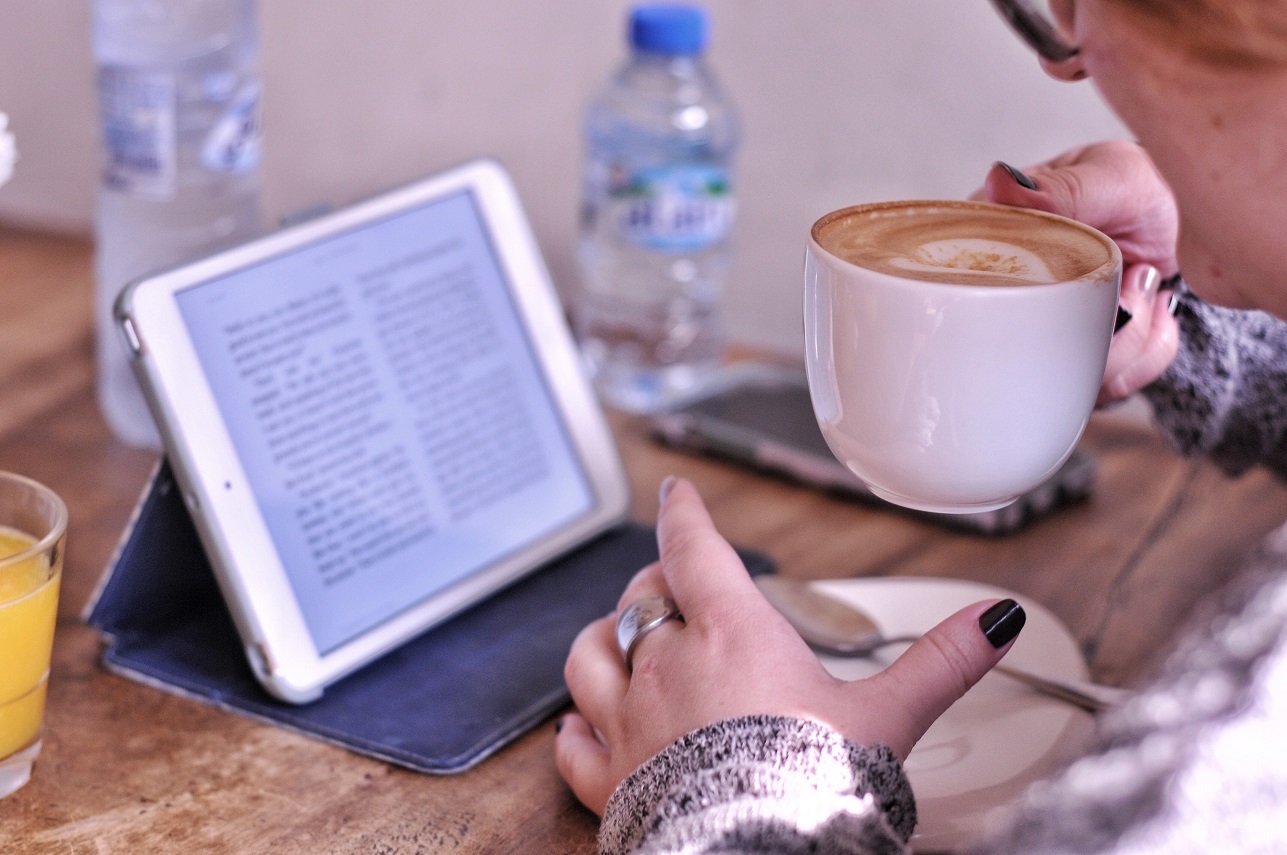 CHARLESTON, S.C. - We're closing out the year with Top 10 lists, and today we're focused on downloadables.

There's nothing like being able to carry an entire library in your pocket or purse, and being able to download thousands of books to your phone, iPad, or Kindle makes that a reality. Through our digital services on OverDrive and Hoopla, everyone with a library card has access to ebooks, audiobooks, magazines, movies, music, TV shows, and more!

So let's jump into the list what titles made the top of the downloadable ebook list. Each title is linked to the Libby app making it easy for you to place a hold or instantly download any of the titles you may have missed in 2020.

10. The Last Thing He Told Me: A Novel by Laura Dave

Before Owen Michaels disappears, he smuggles a note to his beloved wife of one year: Protect her. Despite her confusion and fear, Hannah Hall knows exactly to whom the note refers — Owen’s sixteen-year-old daughter, Bailey. Bailey, who lost her mother tragically as a child. Bailey, who wants absolutely nothing to do with her new stepmother.

When Daphne Bridgerton and Simon Basset, Duke of Hastings, agree to a fake courtship, they think they’ve found the perfect solution to their problems. Romantically associated with one of London’s most desirable catches, Daphne’s prospects among the ton will soar. For avowed bachelor Simon, an attachment to Daphne will deter would-be brides and their ambitious mamas. Their plan works like a charm — at first. But amid the glittering, gossipy, cut-throat world of London’s elite, there is only one certainty: love ignores every rule…

8. The Vanishing Half: A Novel by Brit Bennett

From The New York Times-bestselling author of The Mothers, a stunning new novel about twin sisters, inseparable as children, who ultimately choose to live in two very different worlds, one black and one white.The Vignes twin sisters will always be identical. But after growing up together in a small, southern black community and running away at age sixteen, it’s not just the shape of their daily lives that is different as adults, it’s everything: their families, their communities, their racial identities. Many years later, one sister lives with her black daughter in the same southern town she once tried to escape. The other secretly passes for white, and her white husband knows nothing of her past. Still, even separated by so many miles and just as many lies, the fates of the twins remain intertwined. What will happen to the next generation, when their own daughters' storylines intersect?

Lydia Quixano Pérez lives in the Mexican city of Acapulco. She runs a bookstore. She has a son, Luca, the love of her life, and a wonderful husband who is a journalist. And while there are cracks beginning to show in Acapulco because of the drug cartels, her life is, by and large, fairly comfortable.

6. The Paper Palace: A Novel by Miranda Cowley Heller 7

It is a perfect August morning, and Elle, a fifty-year-old happily married mother of three, awakens at “The Paper Palace" — the family summer place which she has visited every summer of her life. But this morning is different: last night Elle and her oldest friend Jonas crept out the back door into the darkness and had sex with each other for the first time, all while their spouses chatted away inside. Now, over the next twenty-four hours, Elle will have to decide between the life she has made with her genuinely beloved husband, Peter, and the life she always imagined she would have had with her childhood love, Jonas, if a tragic event hadn’t forever changed the course of their lives. As Heller colors in the experiences that have led Elle to this day, we arrive at her ultimate decision with all its complexity. Tender yet devastating, "The Paper Palace" considers the tensions between desire and dignity, the legacies of abuse, and the crimes and misdemeanors of families.

5. The Four Winds: A Novel by Kristin Hannah

Texas, 1921. A time of abundance. The Great War is over, the bounty of the land is plentiful, and America is on the brink of a new and optimistic era. But for Elsa Wolcott, deemed too old to marry in a time when marriage is a woman’s only option, the future seems bleak. Until the night she meets Rafe Martinelli and decides to change the direction of her life. With her reputation in ruin, there is only one respectable choice: marriage to a man she barely knows.

4. The Invisible Life of Addie LaRue by VE Schwab

France, 1714: in a moment of desperation, a young woman makes a Faustian bargain to live forever — and is cursed to be forgotten by everyone she meets. Thus begins the extraordinary life of Addie LaRue, and a dazzling adventure that will play out across centuries and continents, across history and art, as a young woman learns how far she will go to leave her mark on the world.

Looking at real estate isn’t usually a life-or-death situation, but an apartment open house becomes just that when a failed bank robber bursts in and takes a group of strangers hostage. The captives include a recently retired couple who relentlessly hunt down fixer-uppers to avoid the painful truth that they can’t fix their own marriage. There’s a wealthy bank director who has been too busy to care about anyone else and a young couple who are about to have their first child but can’t seem to agree on anything, from where they want to live to how they met in the first place. Add to the mix an eighty-seven-year-old woman who has lived long enough not to be afraid of someone waving a gun in her face, a flustered but still-ready-to-make-a-deal real estate agent, and a mystery man who has locked himself in the apartment’s only bathroom, and you’ve got the worst group of hostages in the world.

Malibu: August 1983. It’s the day of Nina Riva’s annual end-of-summer party, and anticipation is at a fever pitch. Everyone wants to be around the famous Rivas: Nina, the talented surfer and supermodel; brothers Jay and Hud, one a championship surfer, the other a renowned photographer; and their adored baby sister, Kit. Together the siblings are a source of fascination in Malibu and the world over — especially as the offspring of the legendary singer Mick Riva.

1. The Midnight Library: A Novel by Matt Haig

Somewhere out beyond the edge of the universe there is a library that contains an infinite number of books, each one the story of another reality. One tells the story of your life as it is, along with another book for the other life you could have lived if you had made a different choice at any point in your life. While we all wonder how our lives might have been, what if you had the chance to go to the library and see for yourself? Would any of these other lives truly be better?

While you're here, take a look at the most popular downloadable books for Children and Young Adults!