Top 10: Most popular stories from the Charleston Time Machine podcast 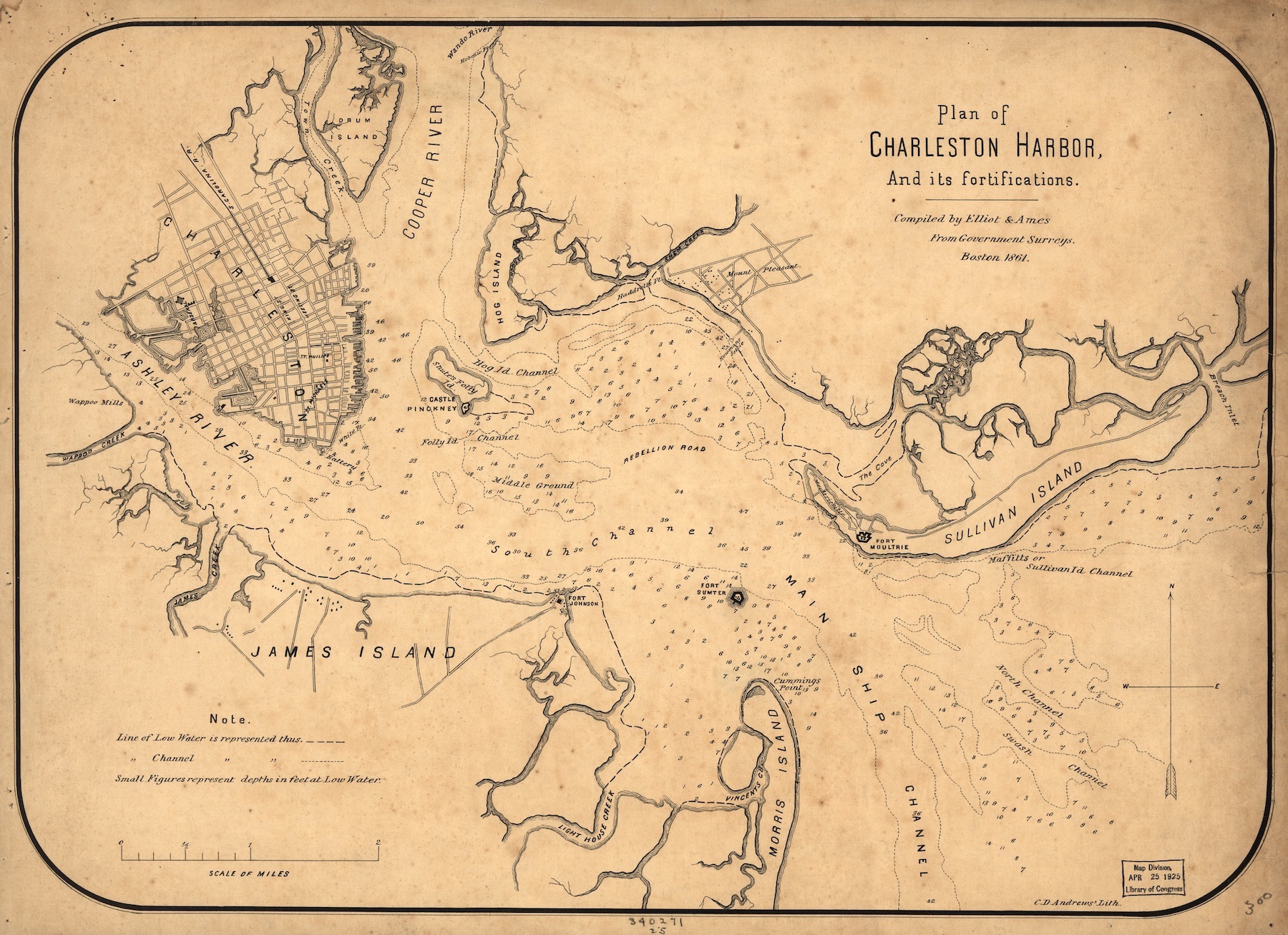 CHARLESTON, S.C. - Each week we take a trip through time in the Charleston Time Machine, traveling from point to point through history to examine the lesser known stories and the tales behind major events that helped shape Charleston.

This week we'll take a look at the 10 most popular episodes of the Charleston Time Machine, a list that involves defending our port city, slavery, America's first president -- and pirates!

If you're new to the Charleston Time Machine, consider this an introduction to the wide variety of content you can expect week to week as more of Charleston's stories are told.

South Carolina was born as an English colony and continued as such until the American Revolution, but its first century of existence was marked by two contrasting periods characterized by different forms of colonial administration: An initial “proprietary” era gave way to a “royal” system of government after a bloodless rebellion in 1719. To help us appreciate the impact of that political uprising, let’s compare the pros and cons of the two contrasting forms of colonial oversight that motivated one of the most important incidents in our state’s history.

9. Episode 124: Indigo in the fabric of early South Carolina

Indigo—both as a plant and a dye—forms an important chapter in the early history of the South Carolina Lowcountry. Although its memory flourishes today in conversations and artistic expressions, lingering misconceptions have distorted our general understanding about the real story of local indigo. In an effort to help “grow” this colorful conversation, I’ve crafted a series of common questions and factual responses that address some of the most important points of indigo history that every Charlestonian should know.

8. Episode 50: The end of the Trans-Atlantic slave trade

January 2018 marks the 210th anniversary of a major milestone in the history of the United States, and the history of Charleston in particular. On the first day of January, 1808, a new Federal law made it illegal to import captive people from Africa into the United States. This date marks the end—the permanent, legal closure—of the trans-Atlantic slave trade into our country. The practice of slavery continued to be legal in much of the U.S. until 1865, of course, and enslaved people continued to be bought and sold within the Southern states, but in January 1808 the legal flow of new Africans into this country stopped forever.

The mass execution of forty-nine pirates in Charleston in 1718 is described in historical documents with a frustrating paucity of details. Despite the drama and trauma associated with this event, an air of mystery still hangs over the town regarding the precise location of the pirates’ last stand. In today’s episode, we’ll look closely at the local historical evidence and examine the larger legal framework that dictated the demise of so many pirate brethren.

I’d like to invite you to join me for a trip down to Gadsden’s Wharf. Perhaps you’ve heard about this site in the news recently. There’s a movement afoot in our community to raise millions of dollars for a new museum soon to be built at a place called Gadsden’s Wharf. The new International African American Museum (IAAM) will be an important addition to the city’s physical and cultural landscape, providing an opportunity for Charleston to interpret and narrate our community’s historical role in the local, national, and international trafficking of enslaved Africans.

5. Episode 71: The story of Carolina Day

Today we’re going to travel back in Lowcountry history to explore the genesis and legacy of a public holiday called “Carolina Day.” Celebrated on the 28th of June every year since 1777, Carolina Day commemorates an important battle that took place on Sullivan’s Island in 1776, an action that could rightfully be called the first significant American military victory in the early days of our war for independence from Great Britain. If you’ve ever wondered why there’s a palmetto tree on the South Carolina state flag, or why we’re known as the Palmetto State, then you need to hear this story.

Anyone who lives west of the Ashley River, or has spent time traveling through that area is familiar with the name of Bee’s Ferry, and the related Bees Ferry Road. If you’re a curious sort of person, perhaps you’ve wondered how this historic name came to be. Was it named after a person or an insect? And what about the ferry? Bees Ferry Road doesn’t cross any significant body of water, nor does it lead to the water’s edge. If there was a ferry, where was it, and when did it disappear?

3. Episode 90: The tail of Washington's horse

Have you seen the tail of the horse in the portrait of George Washington that hangs in Charleston’s City Hall? Have you heard the tale of how that painting came to be, and why the horse’s rear-end is so prominently displayed? Is this depiction an insult, or an inside joke? The popular version of this local story doesn’t offer the most accurate rendering of the facts, so let’s use the Time Machine travel back to the early 1790s and explore the documentary evidence behind this artistic mystery that I call “the tail of Washington’s horse.”

Pandemic and panic visited Charleston in the autumn of 1918 when the Spanish Influenza spread throughout the community in a wave of acute sickness and death. Under the shadow of the Great War raging in Europe, the city was ill-equipped to counter a major health crisis. Many healthcare professionals and supplies had been sent overseas, leaving limited resources available at home. Quarantine, isolation, and volunteer efforts soon arrested the disease, however, and Charleston rebounded from its first modern epidemic with a lamentable but limited death toll.

Between February and October of 1919 (mostly May-August), there were more than three dozen outbreaks of racially-motivated riotous disturbances across the United States, in which scores of African-Americans were killed and lynched. The noted writer, James Weldon Johnson, described these months of widespread bloodshed as the “Red Summer” of racial violence. More than fifty years after the end of slavery in America, people of African descent were still struggling to gain the freedom to exercise their constitutional rights to life, liberty, and the pursuit of happiness.